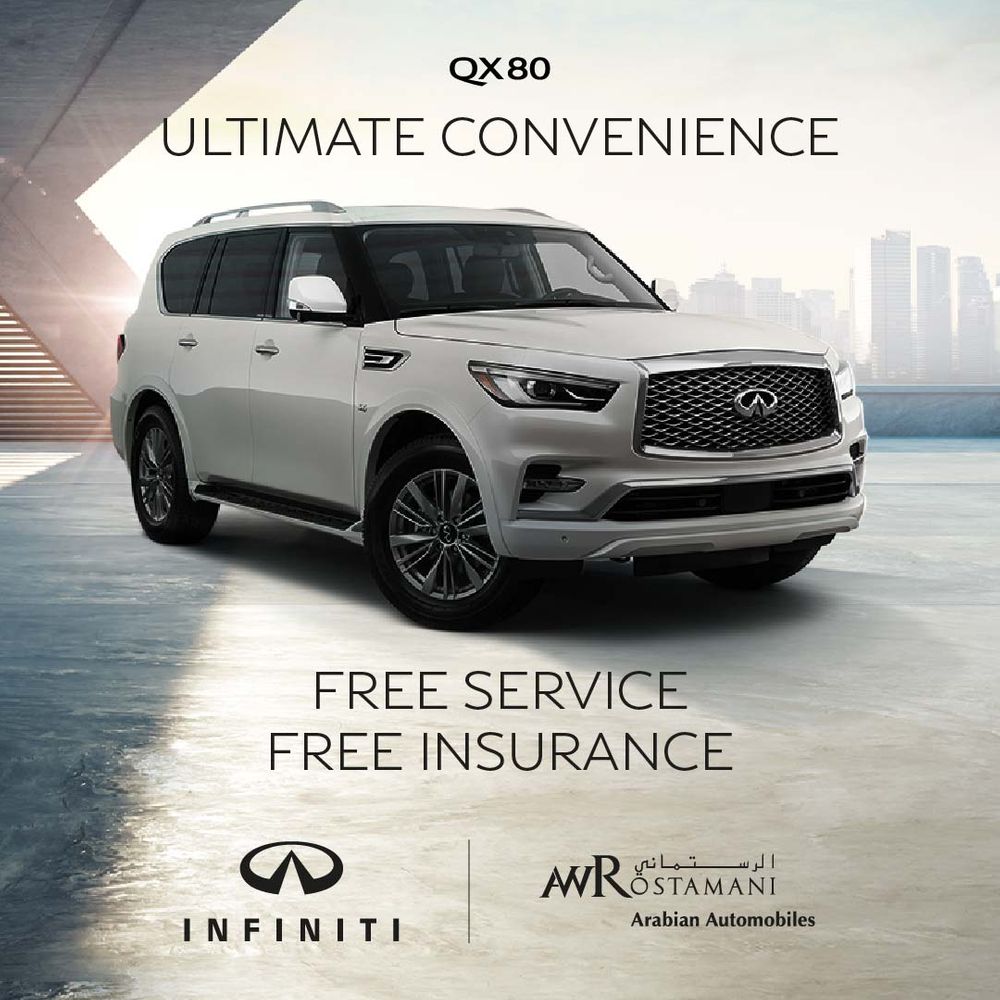 Dubai Summer Surprises is entering its 25th year and to celebrate the occasion, Arabian Automobiles - the flagship company of the AW Rostamani Group and the exclusive dealer for INFINITI in Dubai, Sharjah, and the Northern Emirates - is giving car buyers a special deal on the brand-new INFINITI  QX80.

During the Dubai Summer Surprises festival, set to be held from July 1 to September 4, the QX80 will be available with free insurance, GAP insurance, and free servicing and a 5-year or 1 million km warranty. Now THAT is some deal!

For those of you who don't know, the QX80 is the Japanese carmaker’s flagship SUV and it comes with a muscular and bold stance and a feature loaded interior that has all the 21st century gizmos like a 12.3-inch infotainment screen, wireless smartphone charging and Bose® Performance Series Audio with 17 speakers. It also has loads of driver aids in the form of a 360-degree camera, lane assistance feature, forward collision mitigation and a navigation system.

To avail this once-in-a-while offer, reach out to your nearest Arabian Automobiles’ INFINITI center in Dubai, Sharjah, or the Northern Emirates.