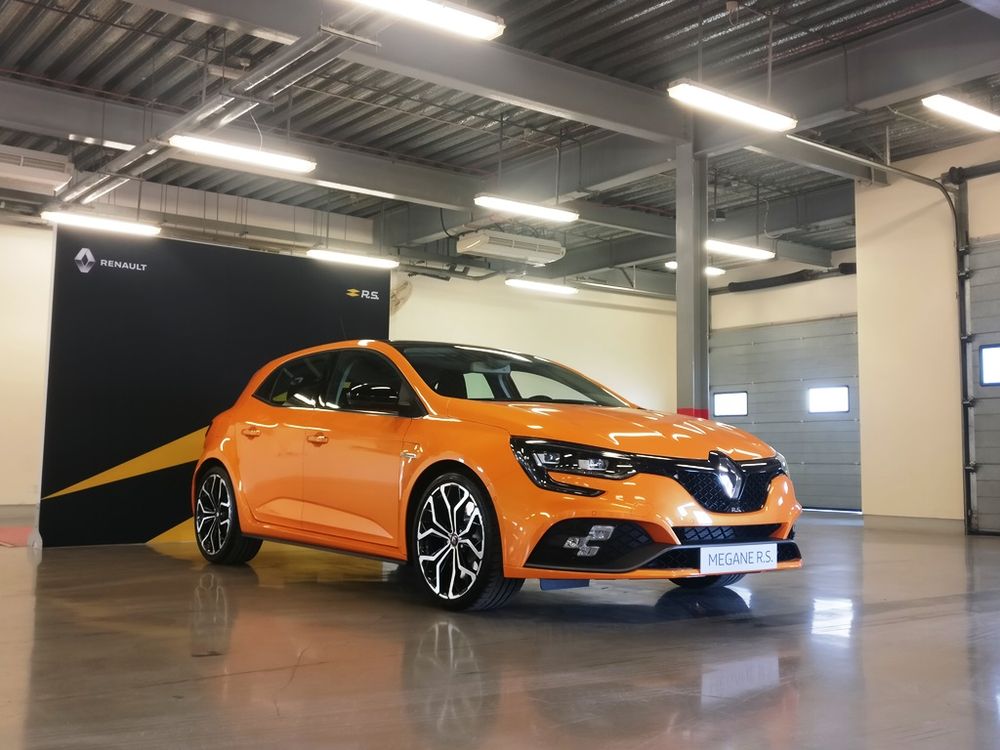 When one thinks of performance hatchbacks, they usually think of higher-powered variants of the Volkswagen Golf or Ford Focus, but beyond these two stellar offerings is a world of more powerful and exciting options. Hidden in the shadows are award-winning vehicles such as the Renault Megan RS, which has bagged ‘Best Hot hatch’ multiple times over, since its introduction in 2004.

An enthusiast’s ride through and through, the third-generation Renault Megane RS is dedicated to delivering thrilling performance but does so without forgetting the technology, practicality, and everyday usability that its rivals tend to ignore. Invited to put the all-new model through its paces at the Dubai Autodrome, it was an exciting opportunity to push the hot hatch to its limits and one we weren’t going to let go.

Sharing the brand’s new design language with the Talisman and Koleos, the Megane is a stunner alright, but there’s enough to differentiate the ‘RS’ from its ‘GT’ sibling, despite both flaunting a hatchback body style. The ‘RS’ being the more performance-oriented of the two, is armed with distinct LED Daytime Running Lights that mimic the Renault Sport logo in the front, bulging wheel arches and larger wheels on the side, and a gorgeous center mounted exhaust in the back, not to mention its wide array of exotic hues.

Inside, the Alcantara sports seats are comfortable and supportive, and the driving position they offer is good too, without being uncomfortably high or low. While the materials are of exceptional quality and the small details are well taken care of, there is a fundamental issue with the location of the paddle shifters, for they are difficult to access with the brand’s difficult to see and use steering rack mounted audio controls taking greater importance.

Keeping up with the times, the all-new Renault Megane RS bids farewell to the 2.0-liter engine that powered the previous model for a smaller and lighter 1.8-liter turbocharged powerplant, but don’t be disheartened for it produces more power and more torque than the previous unit ever did. To be more accurate, we’re talking about 275 horsepower and 390 Nm of torque being pushed through a 6-speed dual-clutch automatic transmission to the rubber hoops upfront.

While it will hit 100 km/h in 5.8-seconds and an impressive top speed, the Megane RS was never built to be an all-out speed machine. Instead, it was built to carve corners as elegantly as a skilled woodworker and that’s something it does with its stiff chassis, phenomenal suspension set-up, and four-wheel steering that lend it the handling dynamics of a significantly shorter vehicle. 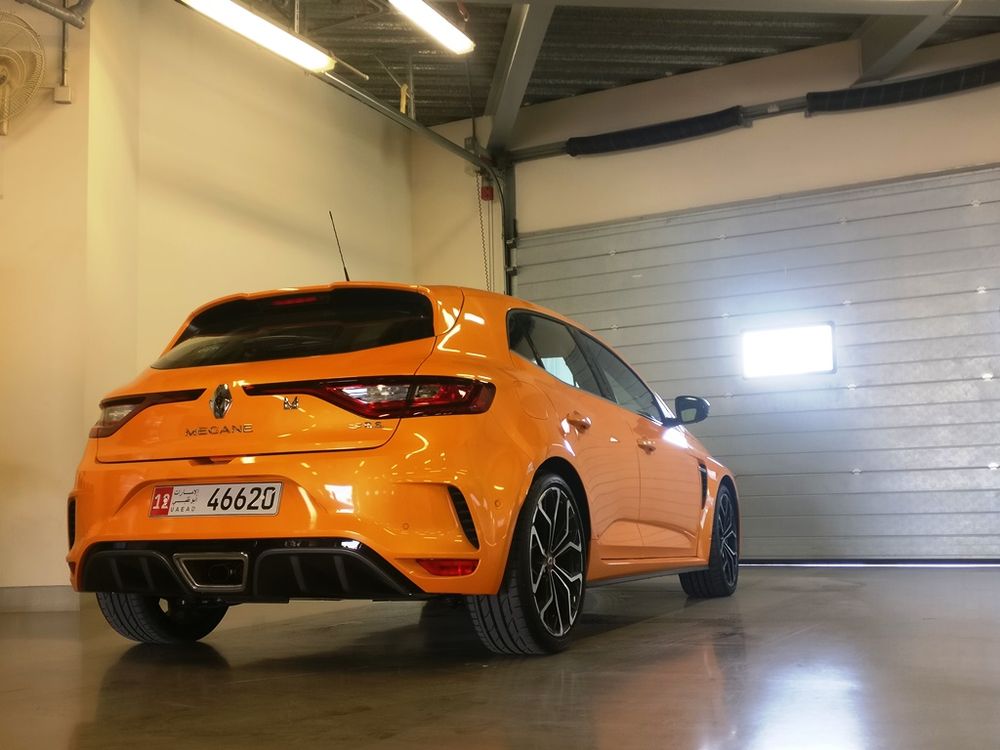 Contributing to its addictive handling are the facts that the ‘RS’ sits 5mm lower than the Megane GT and has its tracks widened by 45mm in the front and 30mm in the back. The hydraulic suspension bump stops are essentially independent fluid-filled shock absorbers that sit at the lower end of the front and rear struts and can be found in many rally cars.

The Renault Megane RS is the best it has ever been and with a starting price of AED 137,500, it’s out to teach its pricier rivals a thing or two about the hot hatch segment. Simply said, the Renault Megane RS offers Golf R specs at Golf GTI money and that’s a winning formula.