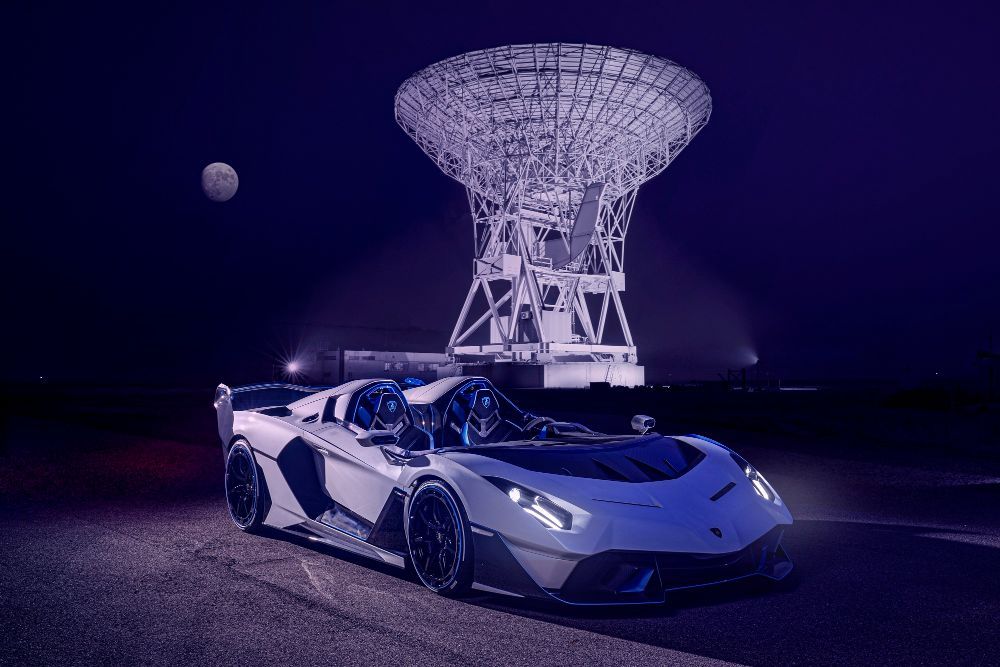 Lamborghini Squadra Corse has taken the wraps off the SC20, a unique specimen of an open-top track car type-approved for road use. The SC20 is the second one-off vehicle engineered by the motorsport department and designed by Centro Stile in Sant’Agata for a very special customer.

The carbon fiber body is said to have been polished and slicked down by hand by the Lamborghini aerodynamic engineers to deliver optimal airflow for both performance and the cockpit’s occupants, ensuring comfortable open-air driving even at high speeds. 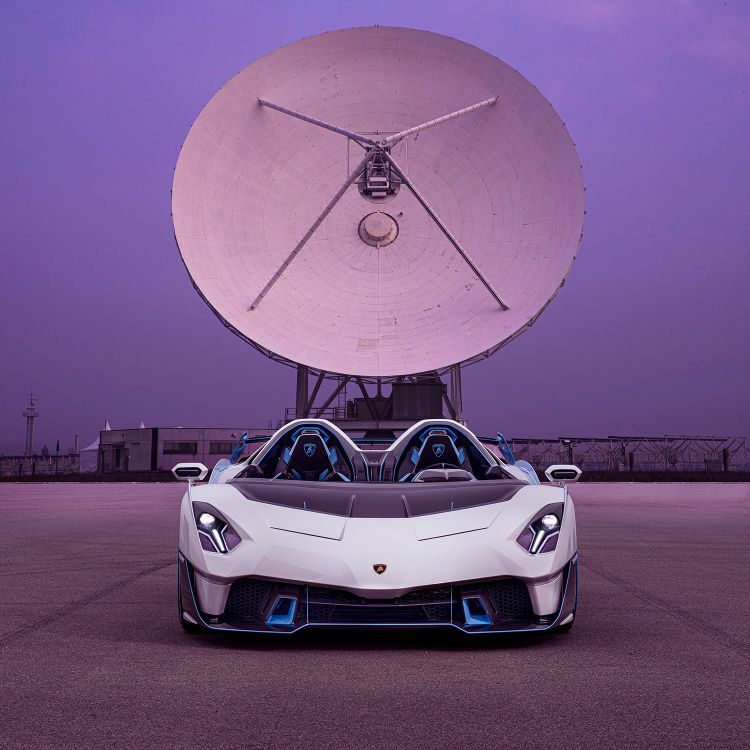 When it comes to the design, the designers worked together with the customer to ensure each of their wishes were met, including the front splitter that is framed by two fins and the air intakes on the front hood that inspired by those on the Huracán GT3 EVO.

“Two years after the SC18 Alston, the SC20 was a new, intriguing challenge. The chief sources of inspiration were the Diablo VT Roadster, Aventador J, Veneno Roadster, and Concept S, and the result is a dramatic combination of creativity and racing attitude,” commented Mitja Borkert, Head of Design Lamborghini Centro Stile. 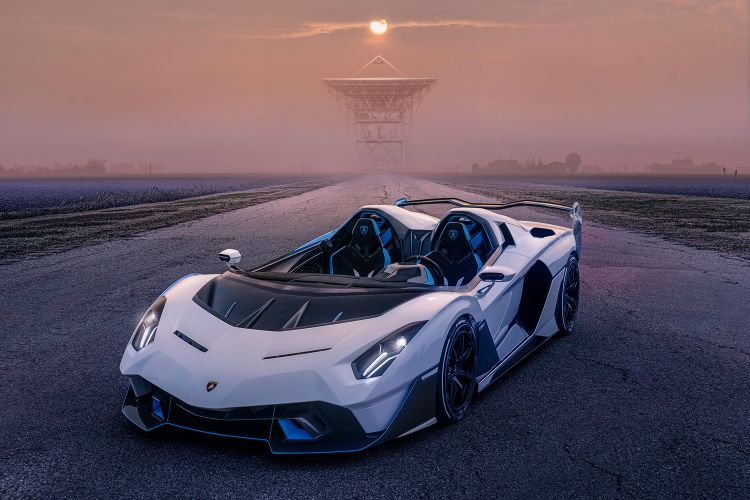 The SC20 features exclusive details starting from the body colors on a Bianco Fu (white) base, created for the customer, on which the Blu Cepheus (blue) livery stands out. The same shade is found in the interior, alternating with Nero Cosmus (black) and Bianco Leda (white). The most significant element of the passenger compartment is the visible carbon fiber used for the dashboard cover, rear wall, door panels, center console, and steering wheel trim, in addition to the monocoque.

Maurizio Reggiani, Chief Technical Officer of Automobili Lamborghini, stated, “The SC20 is a combination of sophisticated engineering, Italian craftsmanship, sportiness, and advanced design. It is also an example of applying our V12 engine and carbon fiber to a radical open-top vehicle that unmistakably carries the Lamborghini DNA.” 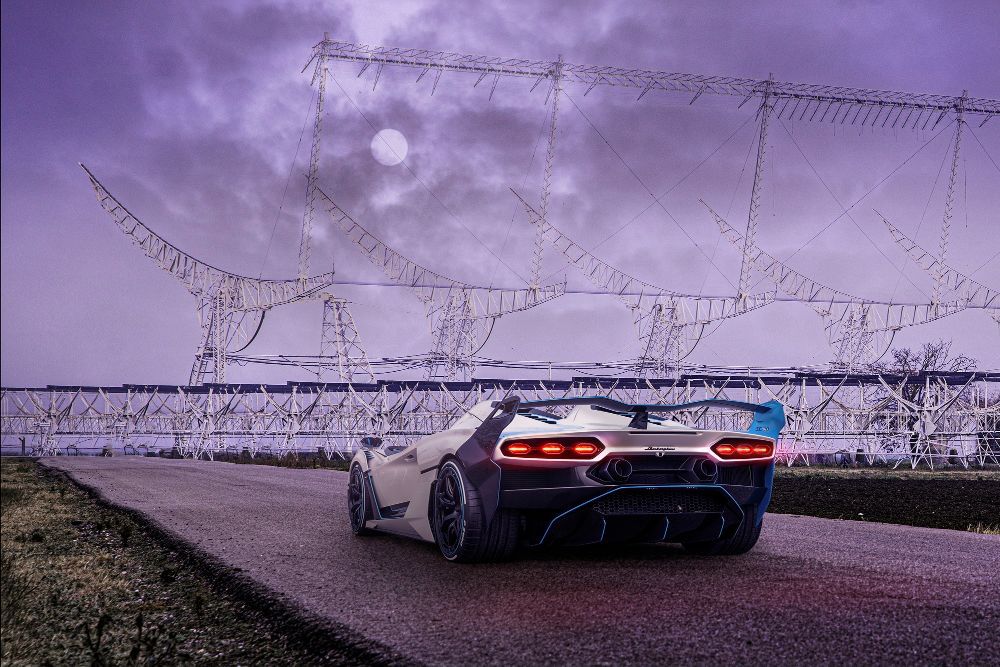 The carbon fiber treatment is continued on the large wing that can be adjusted in three different positions and on the shells of the seats that are covered in Alcantara and leather. The door handles, on the other hand, are machined from solid aluminum.

The SC20 is powered by the brand’s flagship V12 that delivers 760 horsepower and 720 Nm of torque. Power is pushed through an optimized seven-speed Independent Shifting Rod (ISR) gearbox and is discharged to all four wheels. Ensuring proper distribution of power is a central electronic differential and Pirelli PZero Corsa tires that are mounted on single-nut aluminum rims, 20 inches in front and 21 inches at the rear.