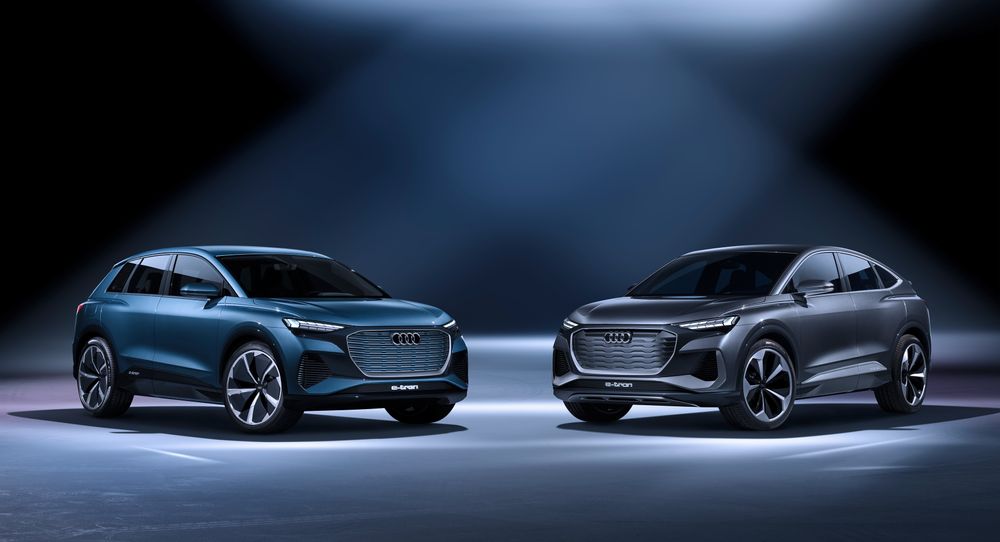 Two electric motors mobilize 300hp in the Q4 and Q4 Sportback e-tron concept. As is typical for Audi, driving power is delivered to the road with Quattro all-wheel drive. Thanks to excellent traction, both versions of the Q4 accelerate from zero to 100 km/h in just 6.3 seconds, while top speed is restricted to 180 km/h.

A large battery with a capacity of 82-kilowatt hours takes up almost the entire space in the underbody area between the axles. The range of over 450 kilometers – in line with the WLTP standard – sets the benchmark in its class. Versions with rear-wheel drive will offer a range of over 500 kilometers in accordance with WLTP.

Audi launched its electric offensive with the world premiere of the all-electric SUV Audi e-tron in September 2018. By 2025, Audi will offer more than 20 automobiles with all-electric drive in the most important markets worldwide and achieve roughly 40 percent of its sales with electrified models. The SUVs within this portfolio include the e-tron and the e-tron Sportback. In addition, there will be a range of models with classic body layout such as Avant and Sportback.