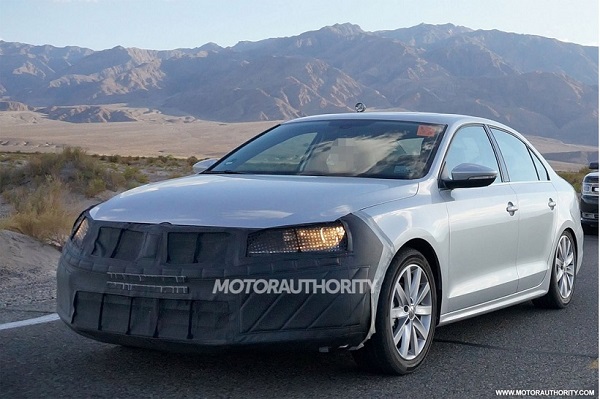 Volkswagen has been selling the Jetta since 2011, and during this time, kits engine lineup expanded and a hybrid variant became available. Next year the car will receive a major update, which was confirmed by the camouflaged prototype shown in the pictures while it was being tested in the US.

There will not be a lot of visual changes, but you can find changes in the headlights, grille and bumper.

The updated Jetta will be based on the current model’s PQ35 platform, hopefully, we will see some additional engine options like the 1.4 L TSI.

Check out the pictures!