The Volkswagen Tiguan, a portmanteau of the words Tiger and Leguan, is a tongue twister for most and a compact crossover in the German brand’s line-up. Having debuted at the 2006 LA Auto Show, the little Volkswagen has come a long way since its concept car days, all while building a sizeable fan following.

The all-new second generation model is a downright stunner and a vehicle that faces stiff competition from the likes of the Hyundai Tucson, Nissan X-Trail, and Toyota RAV4. Out on the streets of Dresden, Germany we put the 4,486mm long crossover through its paces to judge if it is worthy of a place on the proverbial podium.

Serving as the ideal backdrop for the drive, the Late Baroque architecture of the city is a pleasant change from the skyscrapers of Dubai and one that aids in making the Tiguan 2017 stick out that little bit more. Standing at 4,486mm long, 1,839mm wide and 1,632mm tall, the all-new Tiguan is 60mm longer, 30mm wider and 33mm shorter than its predecessor. 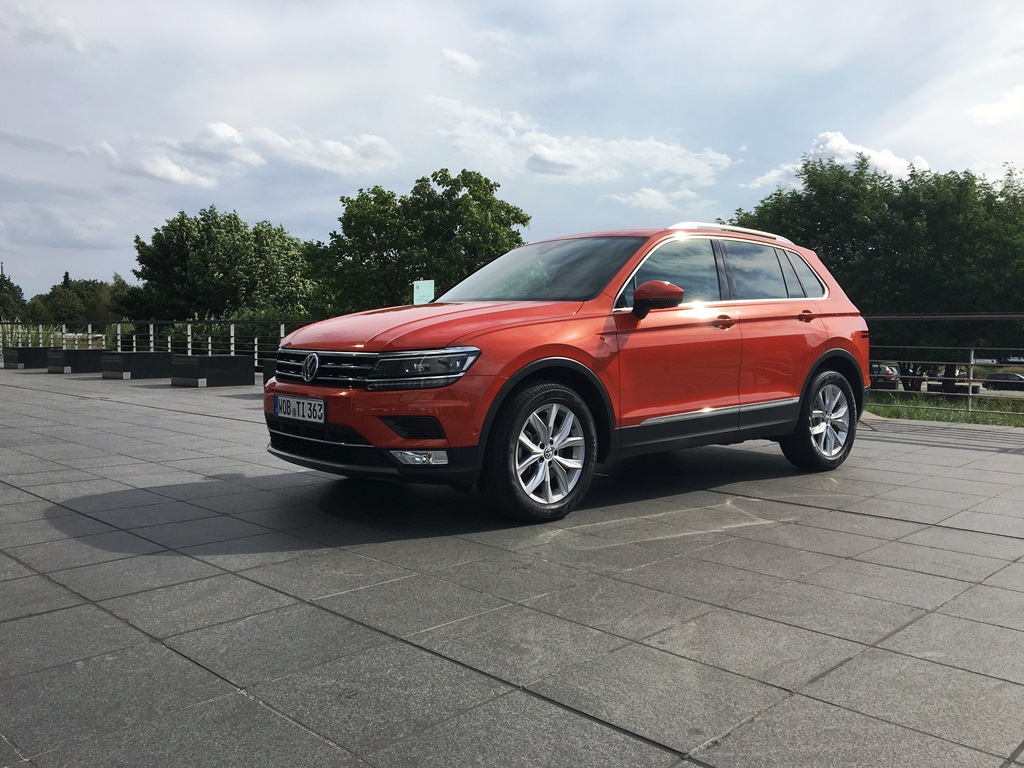 Being the first SUV to be based on the modular transverse matrix (MQB) platform, it sets new standards in terms of design, comfort and functionality, all while bearing an even stronger bond to its Audi siblings. Though forgoing the bulbous silhouette of the Q3 for a sharper arrangement, a whiff of inspiration is evident.

Within the cabin, the abundant use of symmetrical contours exudes a futuristic aura and is a massive leap in the right direction over the outgoing model. The hexagonal A/C vents and pentagonal speaker housings, are innovative additions that inject character into the design. 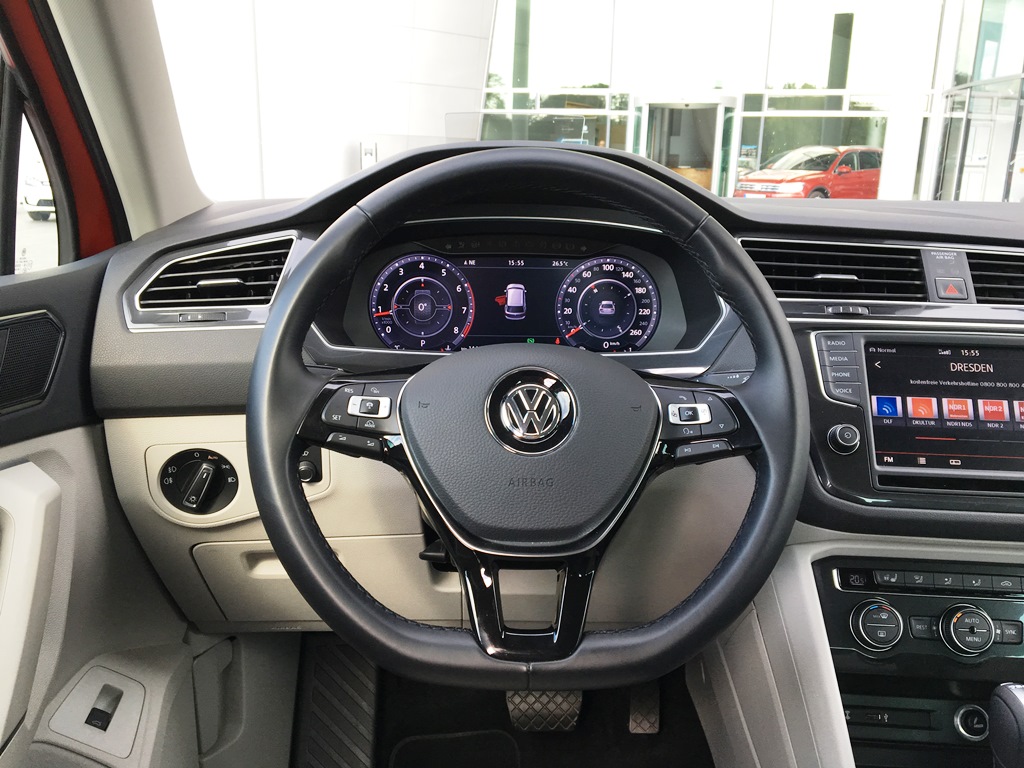 Offering 29mm more legroom for rear occupants and an additional 145 liters of boot space for their belongings, the interiors of the 2017 Tiguan are great to look at and even better to be within. The digital instrument cluster that is flanked by silver trim, is a modern take on a traditional piece of equipment and is akin to Audi’s Virtual Cockpit.

A quick glance at the spec sheet and it is clear that the boffins at Volkswagen didn’t skimp on safety in the all-new Tiguan. While 7 airbags are part of the standard kit (thankfully!), post-collision braking, a Driver Alert System, and Adaptive Cruise Control are all available in higher spec models. 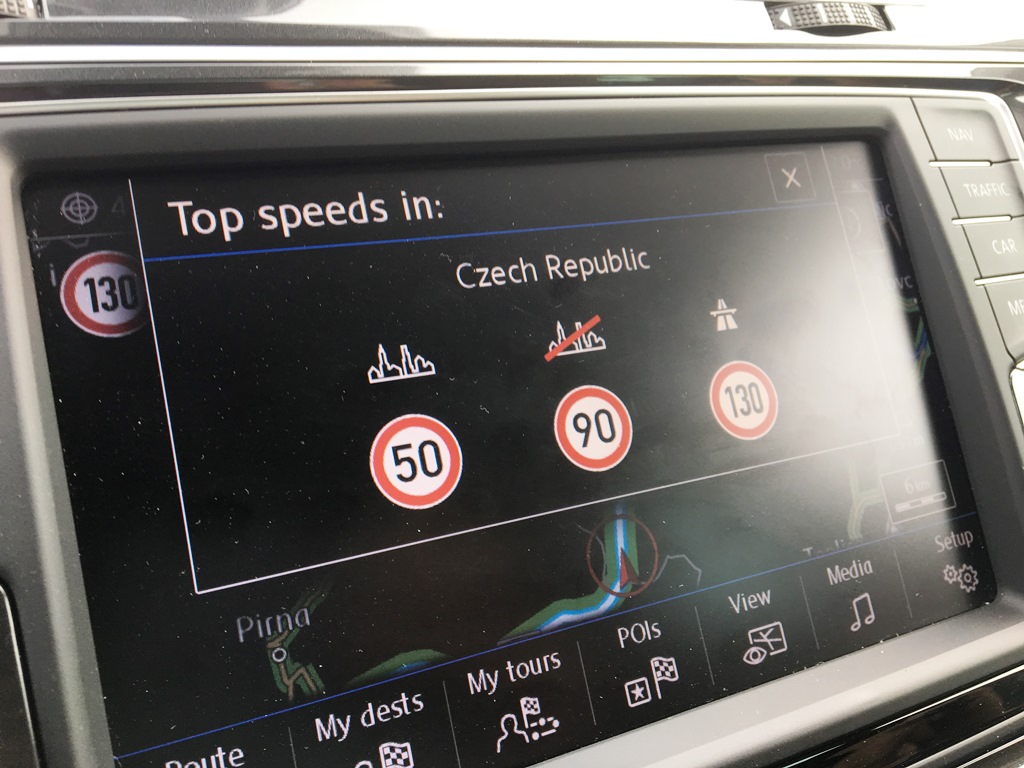 For the whizz-kids there’s a lot to be had, with the most notable feature being a phenomenal 8-inch infotainment screen that offers IOS / Android connectivity and gets hooked up to a superb 400-watt DYNAUDIO Surround Sound system.

Petite with a punch, the Volkswagen Tiguan 2017 is equipped with a diminutive 2.0-liter engine under the hood that churns out a mighty respectable 180 horsepower and 350 Nm of torque. Directing its grunt through a 7-speed DSG transmission to all four corners, the little German flaunts its muscle with a staggering towing capacity of 2,500 kg. 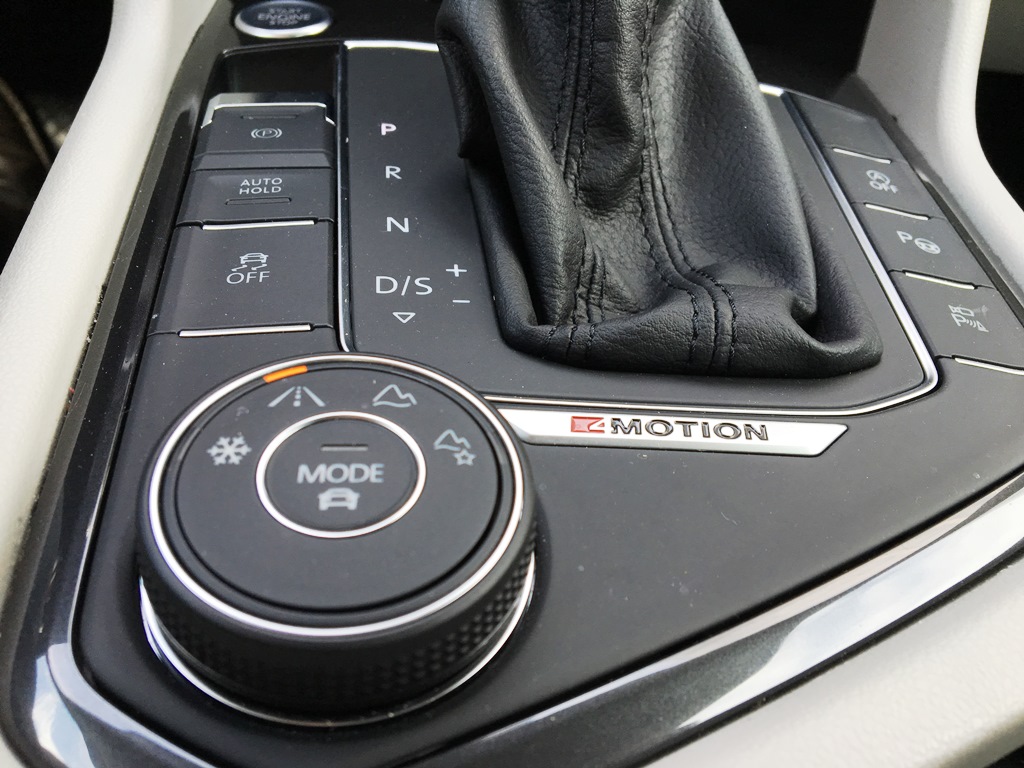 Though not as commanding a drive position as one would expect, the Tiguan is a solid offering - a statement we make with great confidence. Having pushed the compact SUV to speeds well over 180 km/h on the German autobahn, the stability and isolation were very, very impressive for a vehicle that falls in the sub AED 100,000 price bracket. 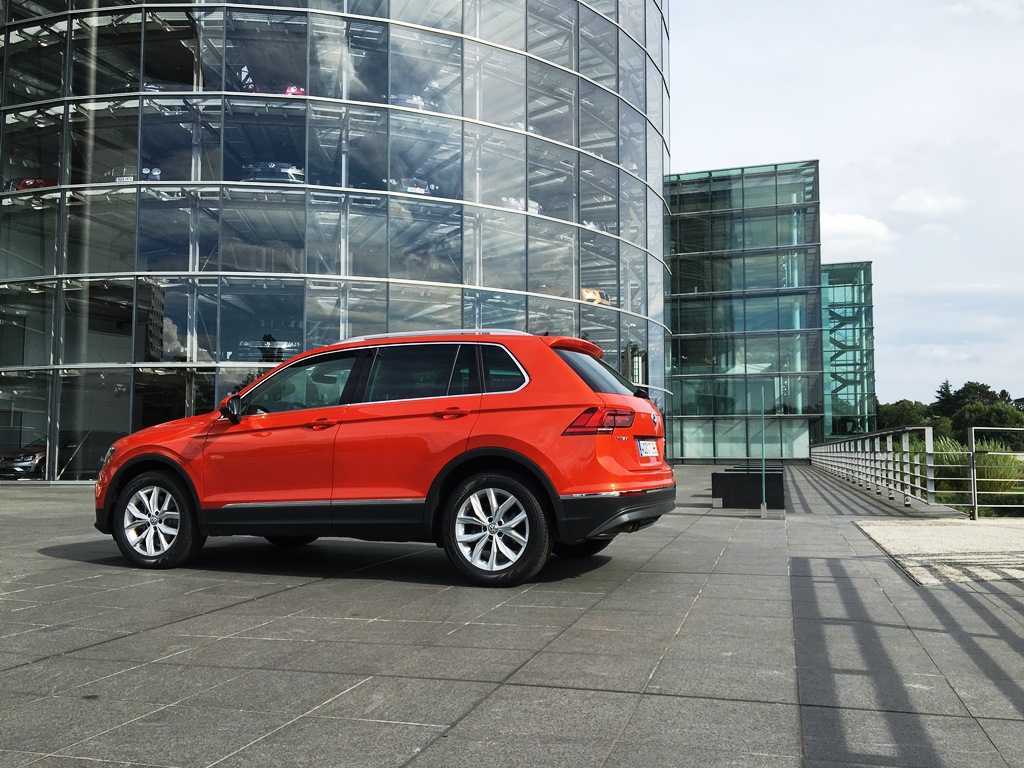 Catering to roughie toughies with spirits of an adventurer, the Tiguan packs some rather intelligent off-road wizardry and although it won’t be used very frequently off the beaten path, it’s good to see it only sips 7.4 liters for every 100 kilometers.

It takes a lot to make a fussy automotive journalist say the words “I do”. No, not in the marriage sense but in terms of actually liking a particular vehicle. And yet, there’s something about the Tiguan that makes it happen all so easily. Combining luxury and practicality so harmoniously, the Volkswagen Tiguan 2017 is a new favorite in our books. 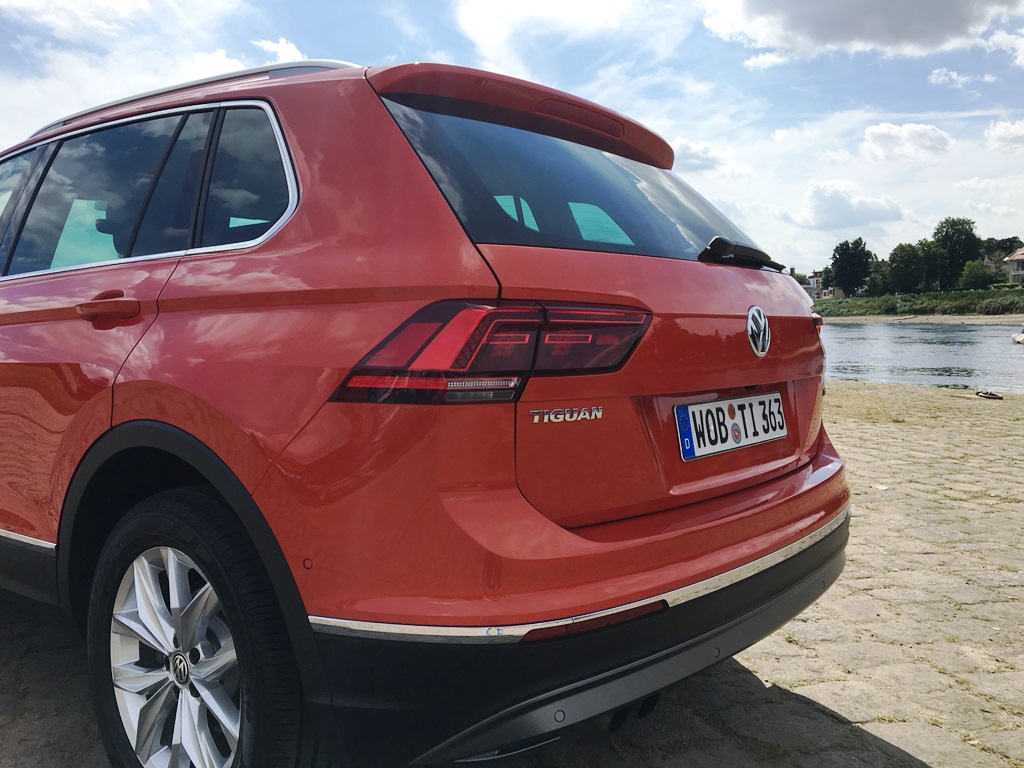 Three reasons you will love the Volkswagen Transparent Factory

100 million Volkswagen vehicles at risk of being hacked

Chevrolet Malibu 2017 launched in the UAE