The Renault Talisman, a French sedan with Japanese underpinnings, is the manufacturer’s answer to its D-segment calling. Sharing DNA with its larger Koleos sibling, the Renault Talisman rivals the likes of the Nissan Altima, Hyundai Sonata, and Toyota Camry.

Aesthetically speaking, the Renault Talisman is a masterpiece. A masterpiece with a strong visual presence and one that connotes elegance. The powerful haunches and prominent contours, combined with the unique headlamp and tail lamp designs, inject a heavy dose of exuberance into an otherwise humdrum segment of the market. 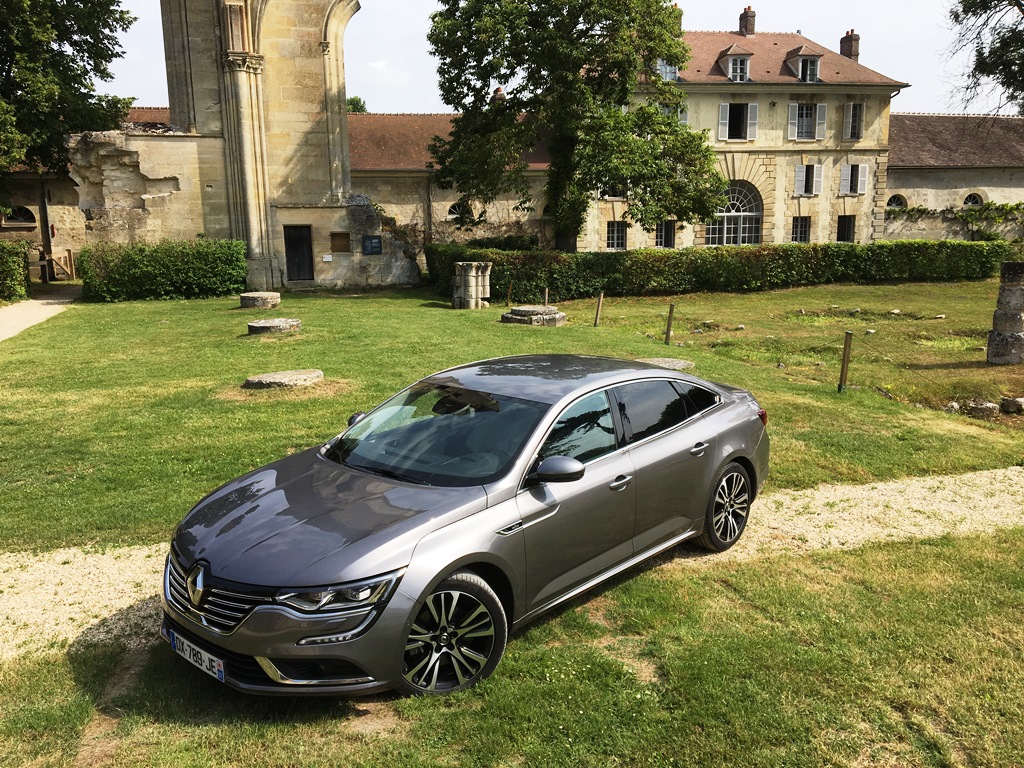 With a choice of eight hues on offer, the Talisman is to be launched in the Middle East in September 2016 and will sport a Universal White lick of paint. But, the Talisman isn’t just a pretty face. It is, in fact, the widest sedan in its segment, measuring 4,850 meters in length and 1,870 meters in width. 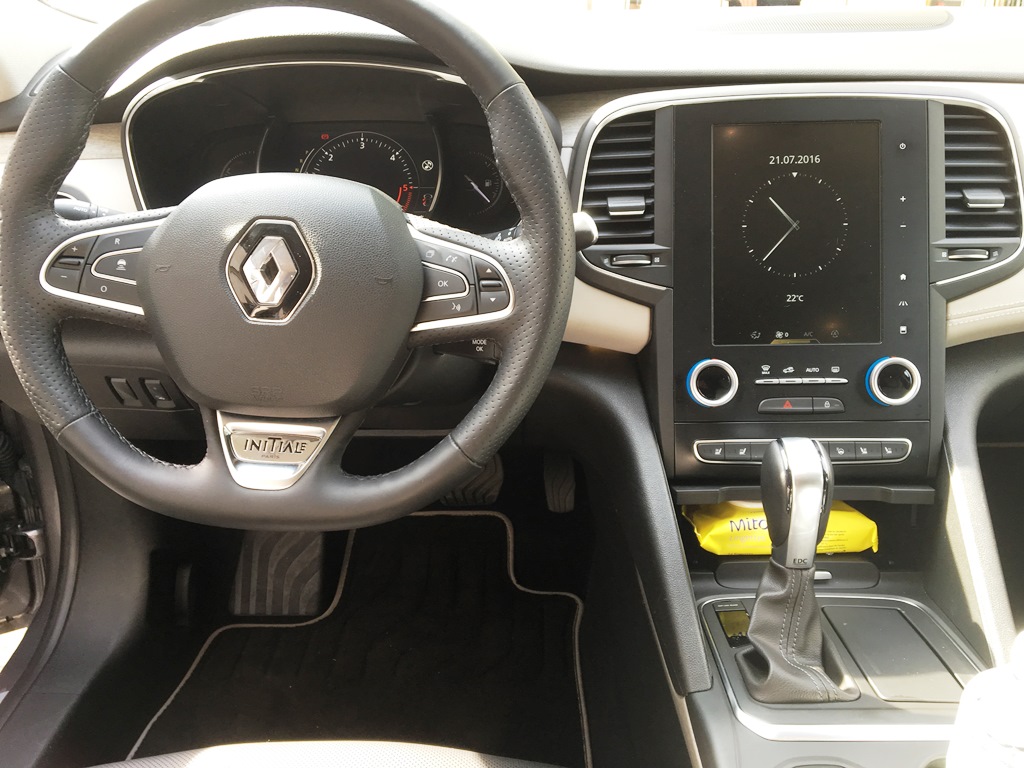 Within the cabin, the designers have taken inspiration from the seats of an airplane to offer supreme amounts of comfort. The eye-catching 8.7-inch infotainment display, embellishes the dashboard in a vertical layout in the higher trim levels, while a smaller 7-inch capacitive, horizontally-mounted touch screen makes its way into other models.

As far as comfort is concerned, the Talisman offers best-in-class rear leg room to complement the wide, ventilated and massaged seats up front. Boot space measuring in at 608 liters, is in addition to the 25 liters of stowage within the cabin, and 30 liters over and above what its German rival, the Volkswagen Passat has to offer. 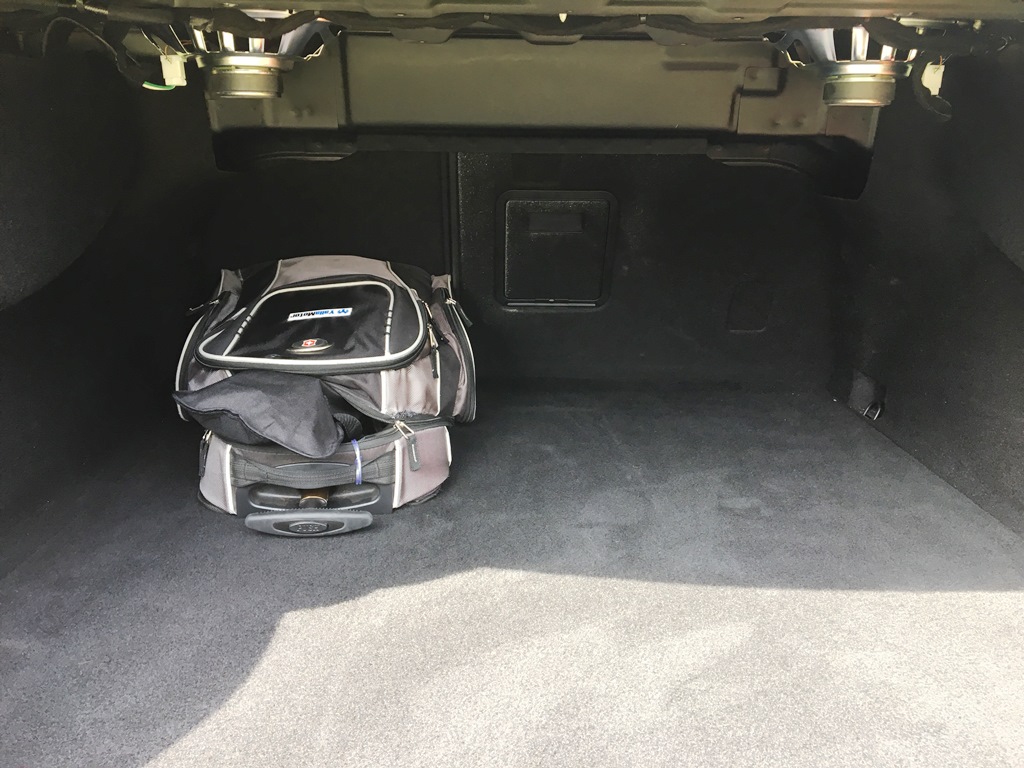 Although the Diesel version we were handed over to test in France will not be making its way to the UAE just yet, a naturally aspirated 2.0-liter engine and a turbocharged 1.6-liter engine will be available upon launch. The former will chuck out 140 horsepower and 193 Nm of torque when mated to a CVT transmission, while the latter will channel 190 horsepower and 260 Nm of torque through a 7-speed dual clutch transmission. 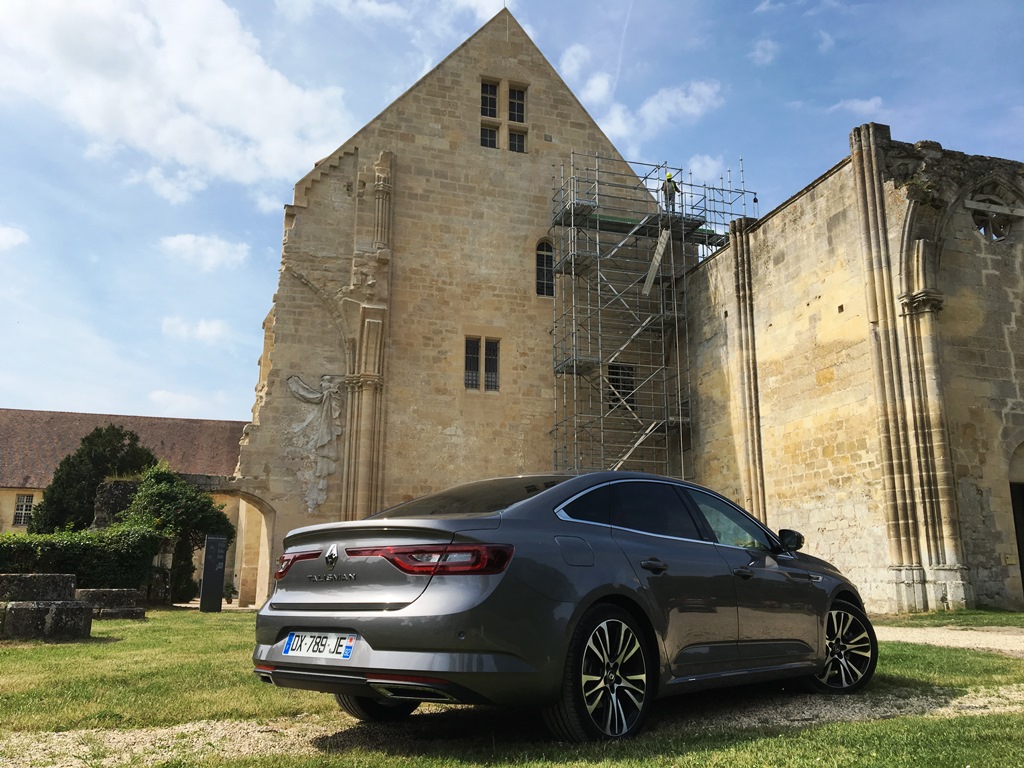 Until its regional launch in September, admirers of the Talisman will just have to make do with ogling at pictures of the French sedan on their computer screen.