The car you see is the Range Rover Velar Special Vehicle Operations Autobiography Dynamic Edition and what you need to know about it is that it has a very long name to remember. But keeping all jokes aside, it is the most powerful version on the Velar currently on sale with a supercharged V8 under the hood and this relatively understated SUV is Britain’s answer to the BMW X6M and the Mercedes-AMG GLE 63 Coupe. 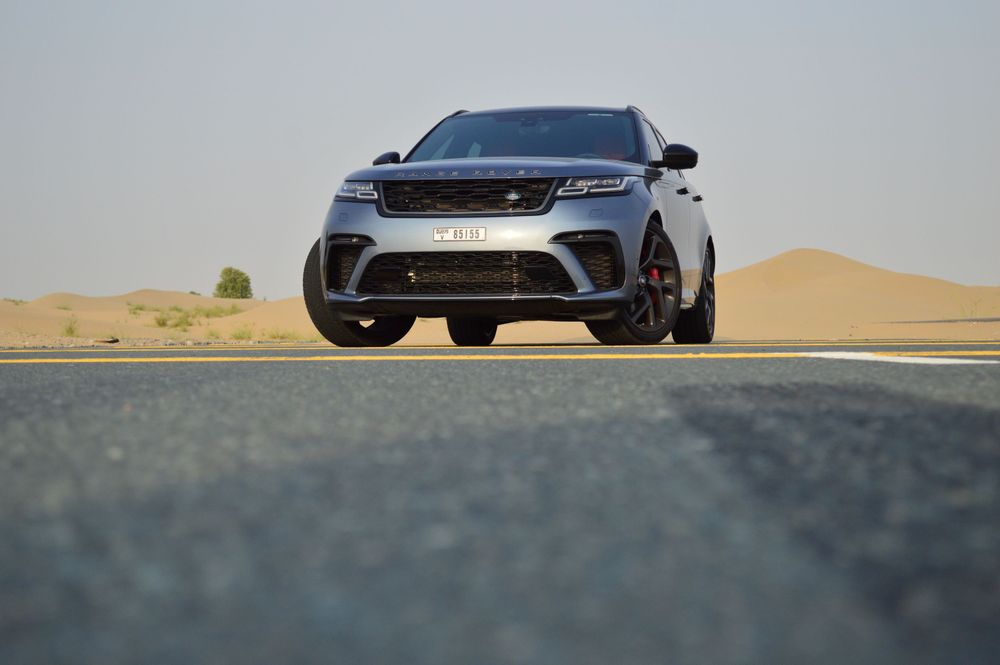 What is instantly noticeable about the design of the Velar is that unlike its German rivals that look a bit out of proportion, the designers haven’t just taken the front of a Range Rover Sport, put a slanted roof on it, and pushed it out as an SUV-Coupe. They have actually spent some time designing it and even more so with this particular model as they had to balance the sporty appearance with aerodynamic efficiency.

This high-performance version gets a different bumper from the standard car with larger air intakes. It also gets a new grille, 22-inch gloss grey alloy wheels, red brake calipers, side cladding, and a revised rear bumper. There are a lot of changes, but they are quite subtle. 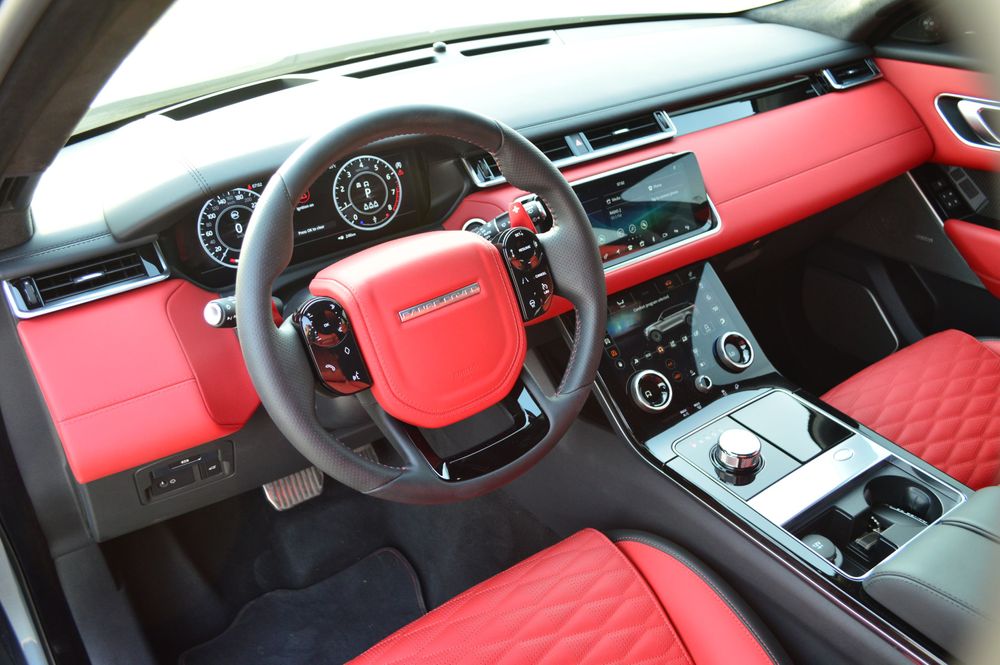 In contrast to the exterior, the interior is far from understated and that is because this high-performance version receives the SVR treatment with bright red leather, red paddle shifters, and Alcantara on the pillars and headliner. To compliment that, there is plenty of piano black trim all around the cabin and stunning carbon fiber inserts that embellish the door panels.

While the materials are phenomenal (as you would expect) the design is very minimal and that is made possible by two 10-inch screens that sit one above the other and three physical knobs. The beauty is that they are dynamic meaning they can control many, many things. If you are in the A/C menu, they control the temperature and fan speed. If you are in seat options, they control seat heating and cooling. If you are in drive selection, they control the various drive modes. They really are multi-functional. 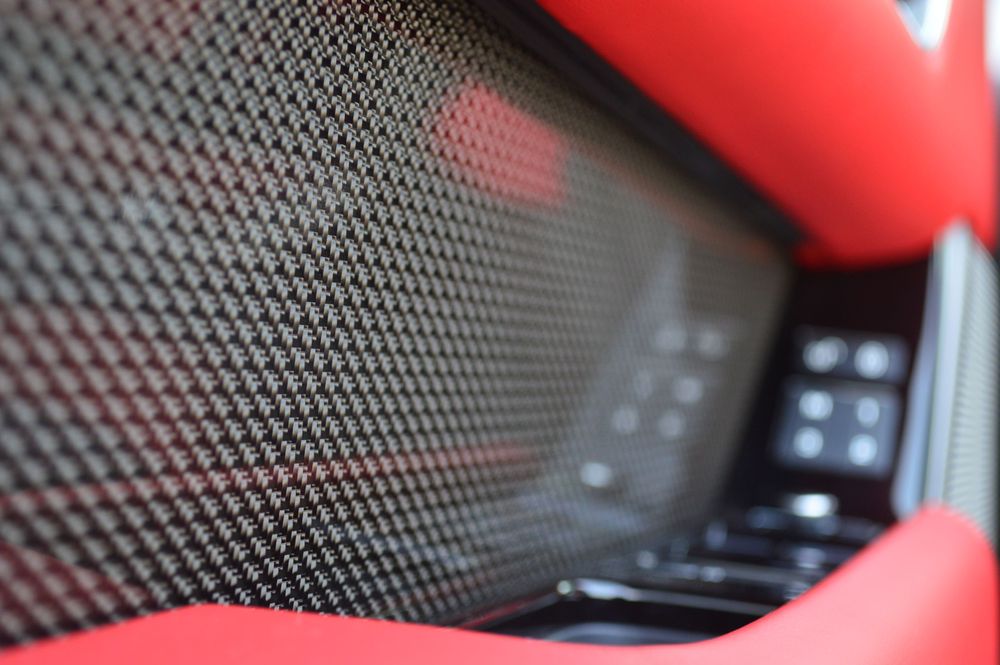 Space in the back is on the tighter side but it is still better than its German rivals and that is thanks to the Velar’s relatively straight roof. The seats do recline, and it is great to see that those in the back do get cupholders and their own A/C controls to manage things like fan speed, temperature, and airflow.

In terms of features, this high-performance version of the Velar is just as well equipped as any other model in the Range Rover line-up, meaning it’s got every feature imaginable with some of its most notable ones being 20-way power-adjustable front seats that are heated, cooled, and massaged; a 17-speaker Meridian sound system; a panoramic roof, and drive assist features such as Adaptive Cruise Control with stop-and-go technology, lane-keeping assist, lane departure warning, and blind-spot monitoring. 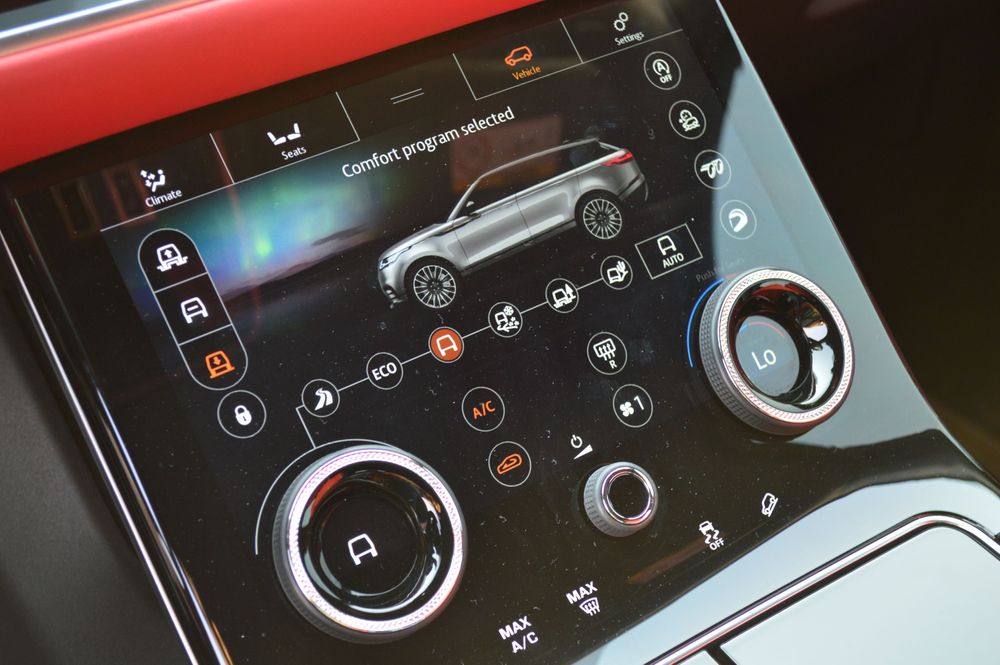 So, it looks good, it is built well, and it has a lot of great features but quite frankly that is not what this car is about. If you remember, in the start of this review I mentioned that this is the most powerful version of the Velar and so driving and driving dynamics are very much the focus.

Of course, being a Land Rover, there are plenty of drive modes, including a dedicated sand mode and mud mode as well a locking rear differential and low traction launch to reduce slip when starting on loose sand or snow, but that is not what this version of the Velar was built for. 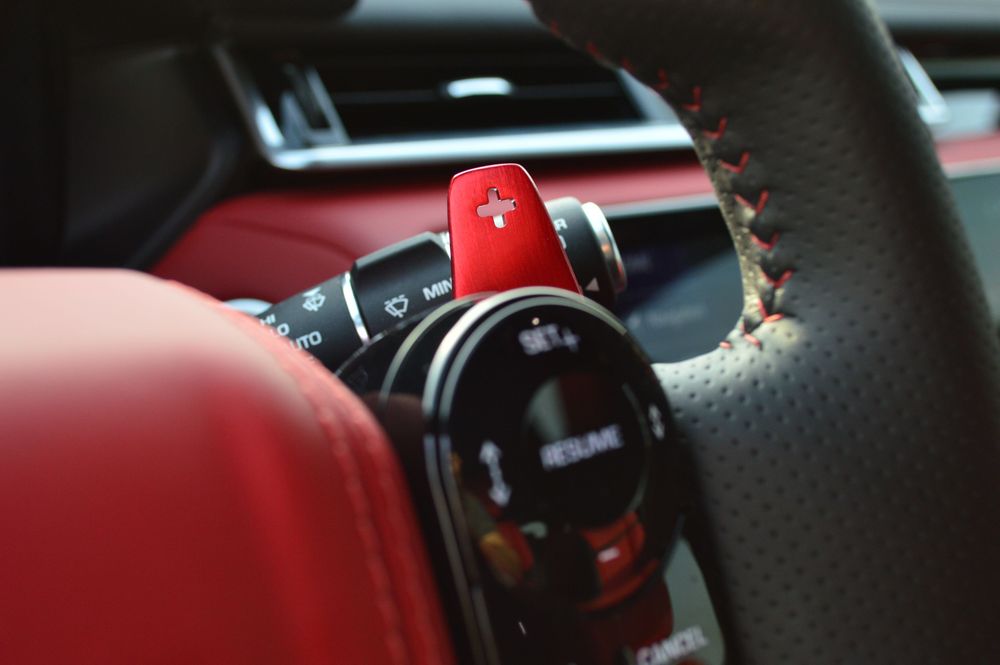 It does things it should not, it handles better than any SUV I have ever driven, and I never thought I would say this, but I have finally found an SUV that is fun to drive. It almost feels like under its big SUV body is a sportscar that is waiting to be unleashed and that is because of the throaty exhaust note that makes it sound like a muscle car, as well things like Torque Vectoring, and the possibility to tweak things like Engine Response, Steering Feedback, and how fast the 8-speed gearbox shifts through gears. 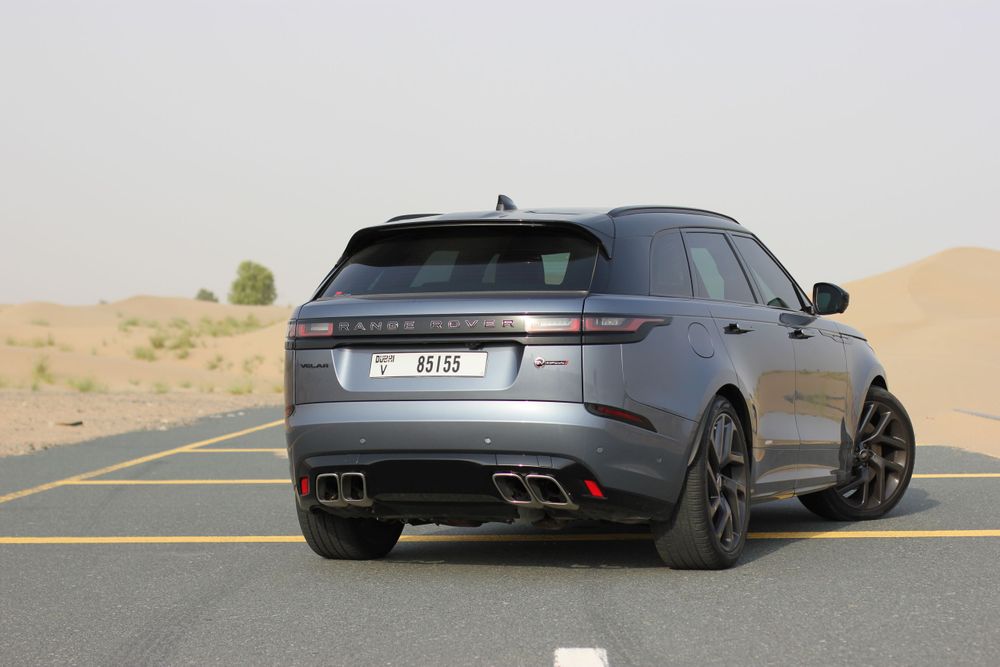 If you have stuck around this far into the review, then you would know that this is not just any Velar. It is a pretty special SUV and with all the work that the designers and engineers have put into it, I expected it to cost anywhere between 550,000 to 600,000 Dirhams. But can you imagine my surprise when I found out that this VERY car costs just 480,000 Dirhams? Do not get me wrong, it is still a heck load of money but for some reason, it just feels so worth it!