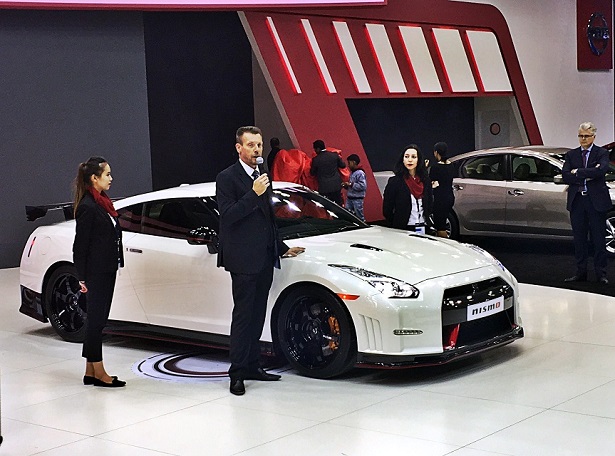 This year we are giving customers more reasons to get a Nissan. We are adding more features to our cars and as the year goes we will unleash ultimate performance machines.

NISMO is the Nissan Motor Sports division. Cars are engineered to the ultimate performance. The pinnacle of these performance motors in the market is what we are revealing at QMS 2016. The Nissan GTR NISMO known as the Godzilla holds records for the fastest production sports car. This is an incredible vehicle with a long history. This one at QMS is the fastest and highest performing GTR anyone could drive. This car specifically is not available in the Middle East, but it will be coming soon. So expect it very soon, once it is available we will be happy to start supplying people with this car. 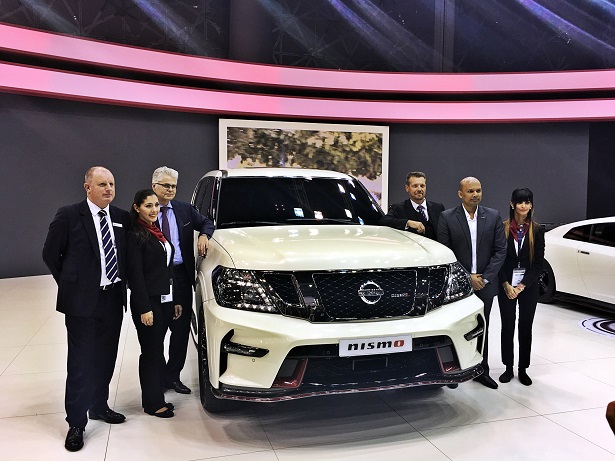 In Doha and the Middle East in general, our SUVs hold no match. This car is like no other, there has been a lot of buzz around this car. This is the New NISMO Patrol. Under the body beats a firing heart of an engine that delivers 428 BHP, this car here is specifically designed for performance. The car enjoys high safety ranking as Nissan has always been about drivers’ safety. The NISMO is being unveiled for the first time in Doha, and I am glad to announce that from today from our showrooms in Qatar, people will be able to order the NISMO Patrol for delivery in Doha. We will be running a waiting list which we will explain later for anyone interested.

Special thanks to Moe Shehada for the coverage.