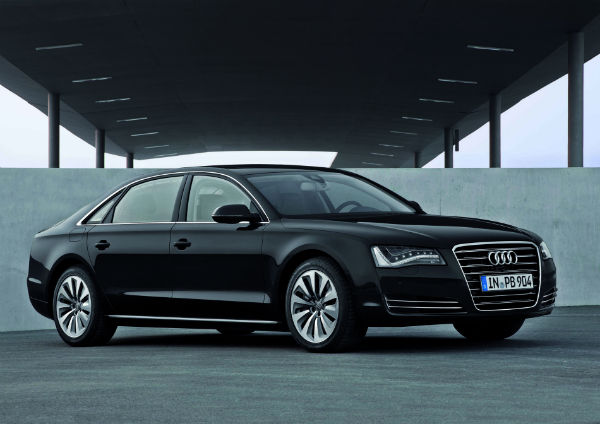 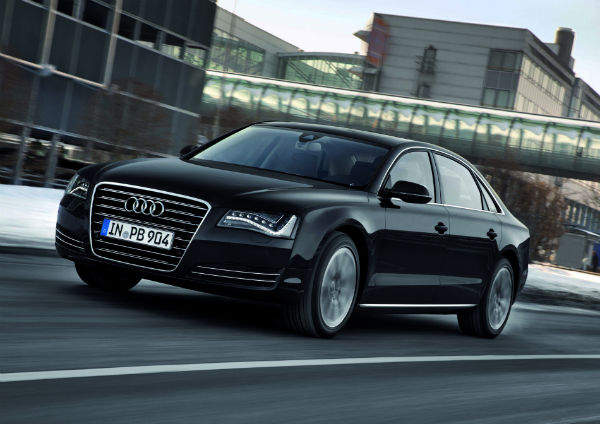 Dubai, October 23, 2012 – It offers the power of a sports car and the comfort of a luxury limousine - the Audi A8 L 4.0 TFSI quattro has arrived to the United Arab Emirates and is now available at the official Audi dealerships of Ali & Sons Motors Co. and Al Nabooda Automobiles. The new turbocharged four-liter engine brings Audi’s downsizing strategy, where forced induction replaces displacement, into the luxury class. The twin-turbo V8 420 hp engine offers 48 hp more than its predecessor, the 4.2 FSI, while further lowering fuel consumption. The new Audi A8 L 4.0 TFSI quattro is available from AED 369,000 including 5 years service and 3 years warranty.

It accelerates from zero to 100 km/h in 4.7 seconds; the governed top speed of 250 km/h is purely a formality. The V8 draws its 420 hp from 3,993 cc displacement delivering 600 Nm of torque between 1,500 and 4,500 rpm with an average consumption of 9.5 liters per 100 kilometers. The 4.0 TFSI reacts instantaneously because the approach concerning cylinder heads – the inlet side is outside and the exhaust-gas side is inside – allows for short gas-travel paths with minimal friction losses. Two twin-scroll turbochargers ensure that considerable torque is generated faster than otherwise.

In low to intermediate load and rev ranges Audi’s cylinder on demand system (COD) deactivates two cylinders in each bank of the V8, reducing fuel consumption significantly. Thanks to a comprehensive package of innovative measures, the engine remains smooth and quiet during these phases. Shutting down the cylinders is virtually imperceptible. This cylinder management function is provided by the latest version of the Audi valvelift system by closing the intake and exhaust valves of the affected cylinders.

When the V8 deactivates four cylinders under part load, the Active Noise Cancellation system (ANC) is activated. Four microphones integrated into the headlining record the noise in the cabin, which is then analyzed by a computer. If the computer detects intrusive sound elements, it broadcasts an antiphase sound through the speakers of the sound system. This sound combines with the intrusive sound and largely cancels it out. Independent of this, active, electronically controlled engine bearings use targeted counterpulses to attenuate low-frequency vibrations.

The sporty character of the Audi A8 L 4.0 TFSI quattro is also thanks to the ultra-lightweight construction principle of Audi. The luxury sedan’s ASF (Audi Space Frame) body is made almost entirely of aluminum and weighs just 241 kilograms - about 40 percent lighter than a conventional design.