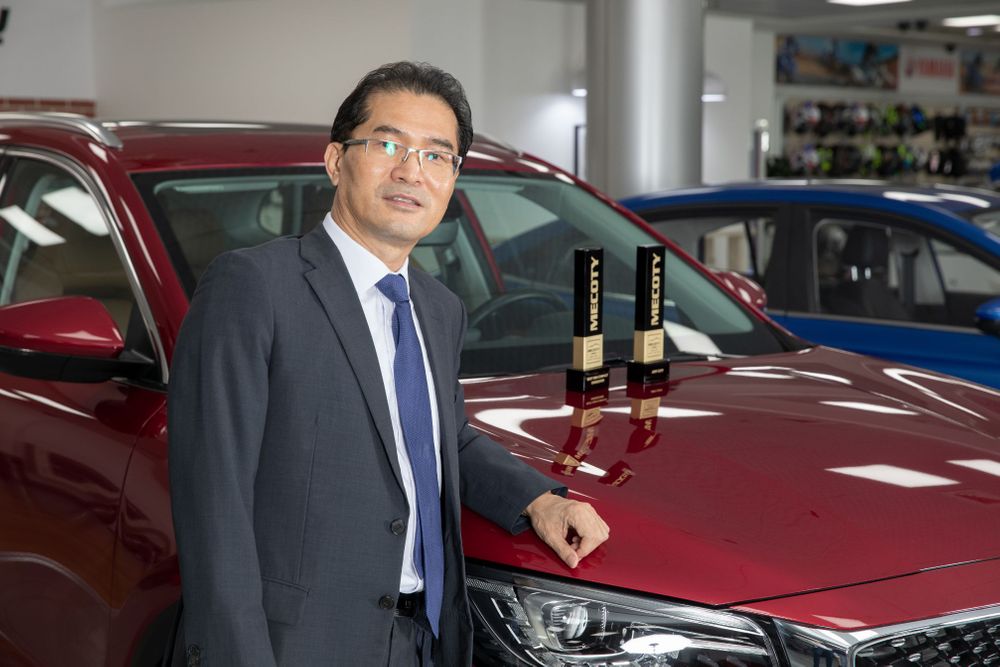 Let us start by discussing MG’s market share in the Middle East and the reasons for its exponential growth in the past few years.

As you rightly mentioned, MG has enjoyed significant growth in all our target Middle East markets over the past few years. In 2019, we sold 15,928 models, a rise of 130 per cent despite the challenging market conditions, which meant we had doubled our market share across the Gulf in just 12 months. Before the current pandemic, we had set ourselves an ambitious target to break into the top 10 manufacturers by the end of the year, and we still hope to achieve this.

Several factors have played a crucial role in MG’s rapid growth in the region, including its impressive award-winning line up of cars and its ability to deliver high standards of customer service.

Most popular have been the brand’s compact sedan models and SUVs. Among the current exciting range are the 2020 ‘Middle East Car of the Year’, the all-new MG HS, and the Middle East’s ‘Best Sub-compact Sedan’, the new MG5. MG also launched its first fully electric SUV, the MG ZS EV, toward the end of 2019 in the UAE and Saudi Arabia.

Another key factor in MG’s success has been the rapidly increasing awareness of the brand. This has been helped by significant sponsorship deals, such as those with the world-famous Liverpool Football Club and Saudi team, Al Ahli.

We are proud to work with a selection of the best local partners in the region, giving MG a network of 25 dedicated retail sites and 24 service centres across the Middle East, each of which delivers the highest standards of customer service. Additionally, we have expanded the regional parts operations, with a more prominent parts centre that allows the company to service the growing demand from MG’s customers more efficiently. 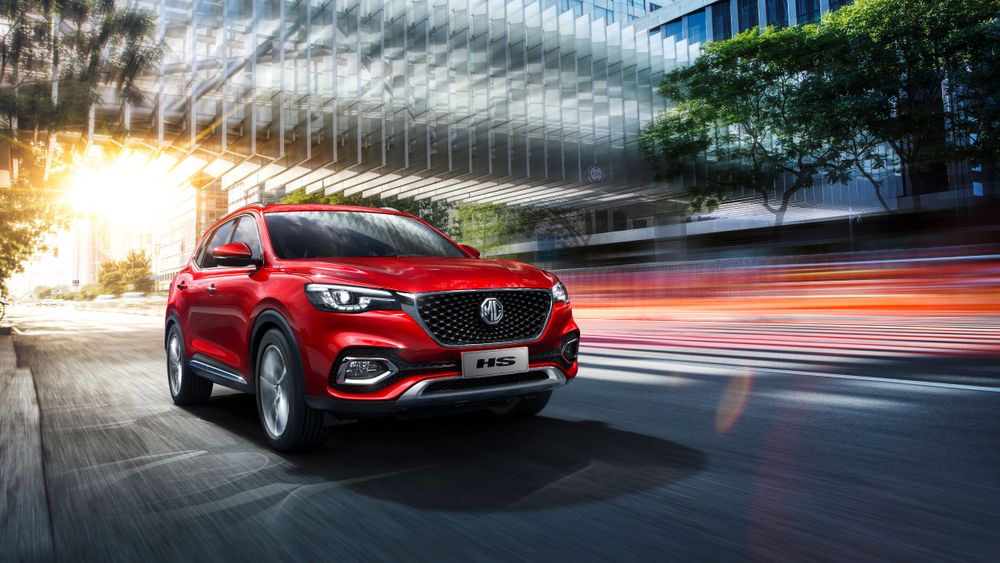 Which is the best-selling model for MG in the Middle East and why so?

The MG 5 compact sedan and the new MG HS compact SUV are our best-selling models, and the key reason is the great value proposition they offer.

The MG HS is undoubtedly the jewel in the crown of the MG range. With a 2.0L turbo engine producing 231HP, the MG HS offers the latest in technology and features such as sports package, with premium leather sports seats, red brake callipers, super sports button and the most responsive and fastest acceleration in its segment. It is hard to match the value that the MG HS offers customers, with features including a panoramic sunroof, connected HD touch screen, 12-inch digital instrument cluster, air purifier and most importantly, 5-star Euro-NCAP safety ratings. The MG HS was named the Jury Car of the Year 2020 in the MECOTY awards, the region’s most prestigious automotive honours.

A sub-compact sedan is mainly considered in the fleet segment, but the MG 5 has changed the norms and comes packed with features including a 360-degree camera, 10.1-inch touchscreen, six airbags, sunroof, electric seats for both driver and passenger and many other features to attract individual customers. The MG 5 has introduced features more often found in luxury models in a small sub-compact sedan, and has been recognized by industry experts as the best compact sedan of 2020 in the MECOTY awards.

Has the MG ZS EV been received well in the Middle East, and if so, when can we expect to see more Electric Vehicles from MG?

Initial interest in the new MG ZS EV has been very positive – when it was launched at the International Conference on Future Mobility in Dubai, it was undoubtedly the star of the show. We also launched the MG ZS EV in Saudi Arabia at the Jeddah Motor Show last year, however, the Saudi market still needs some time to develop its basic infrastructure. Nevertheless, at the same time, we have received a very positive response from government institutions following the Kingdom’s 2030 vision, and currently, they are testing the MG ZS EV.

Around the region, we have seen positive steps forward in terms of government policies and incentives for electric vehicles, along with the support of government authorities and private companies in developing EV infrastructures, which demonstrates a firm commitment on their part to introducing more such vehicles to the region’s roads.

At the same time, MG has ambitious plans to bring in PHEV (Plug-in Hybrid Electric Vehicle) and internet-connected cars by the early next year. MG is pushing forward with a rigorous development programme to ensure that our innovative New Energy Vehicles are reliable and perfectly equipped to take on the sometimes-extreme weather conditions in the region. We are certainly looking to bring more such models here, and will announce further details at the appropriate moment. 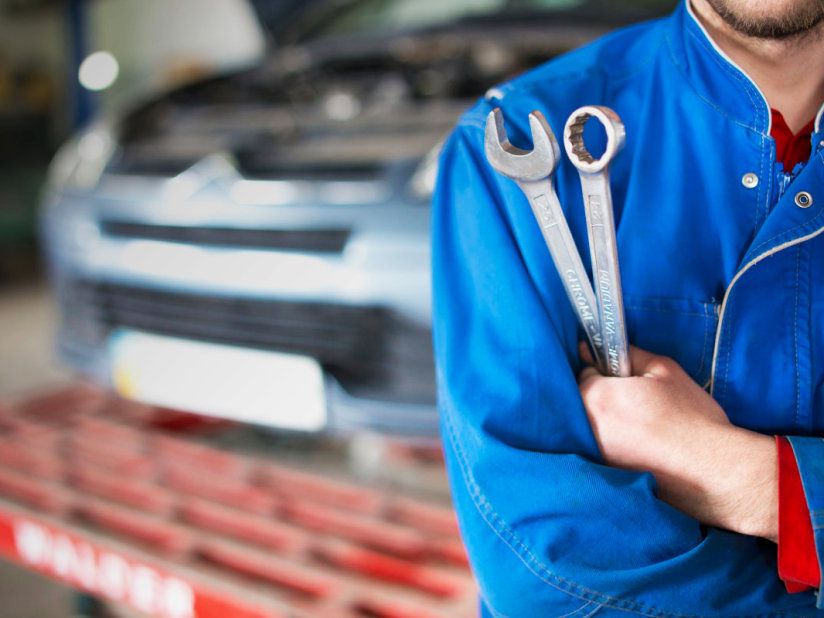 How has MG adapted its strategy across the region to cope with the ongoing COVID-19 pandemic?

A key development from MG is the introduction of a brand-new e-commerce platform to help ease its Middle East customers’ purchase experience during the COVID-19 pandemic and beyond.

This platform allows customers to select vehicles from the local distributors' stock, to reserve vehicles, to conduct online payments and to schedule home delivery of cars. Additionally, customers will be able to book home test drives. 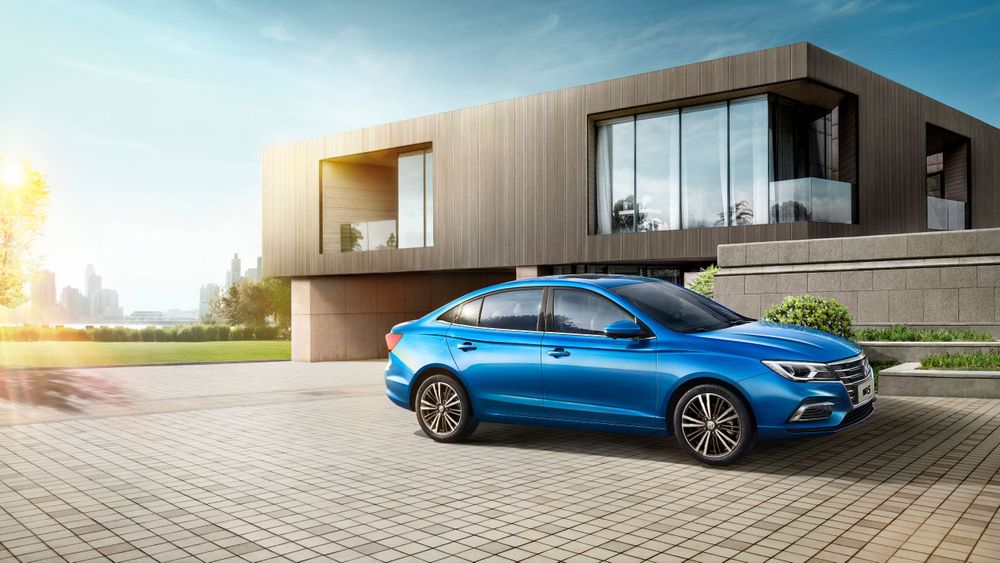 Finally, from a sales perspective, which is the most important market for MG in the Middle East?

MG’s biggest regional market is Saudi Arabia, and we have enjoyed great success there since the brand was reintroduced to the Kingdom in partnership with Taajeer Group two and a half years ago. Last year, we registered a year-on-year increase of 114 per cent in the Kingdom, and now enjoy a market share of almost two per cent.

The region’s number two automotive market in terms of volume is the UAE, where we have experienced a very promising response from the very international customer base. But of course, every market is extremely important to us, and our investment of time and resources resulted in impressive results in both Oman and Qatar last year, with around four times as many customers buying MG cars compared to the previous year. Our third biggest market, Kuwait registered a double-digit percentage increase, while sales more than doubled in Bahrain.

This is not forgetting that last month we commenced operations in Iraq, which has the potential to become our second biggest market, in partnership with GB Auto. Jordan is the latest addition to our Middle East network. Jordan has real potential for our New Energy vehicles, but MG is also enjoying increasing demand across the full model line-up.