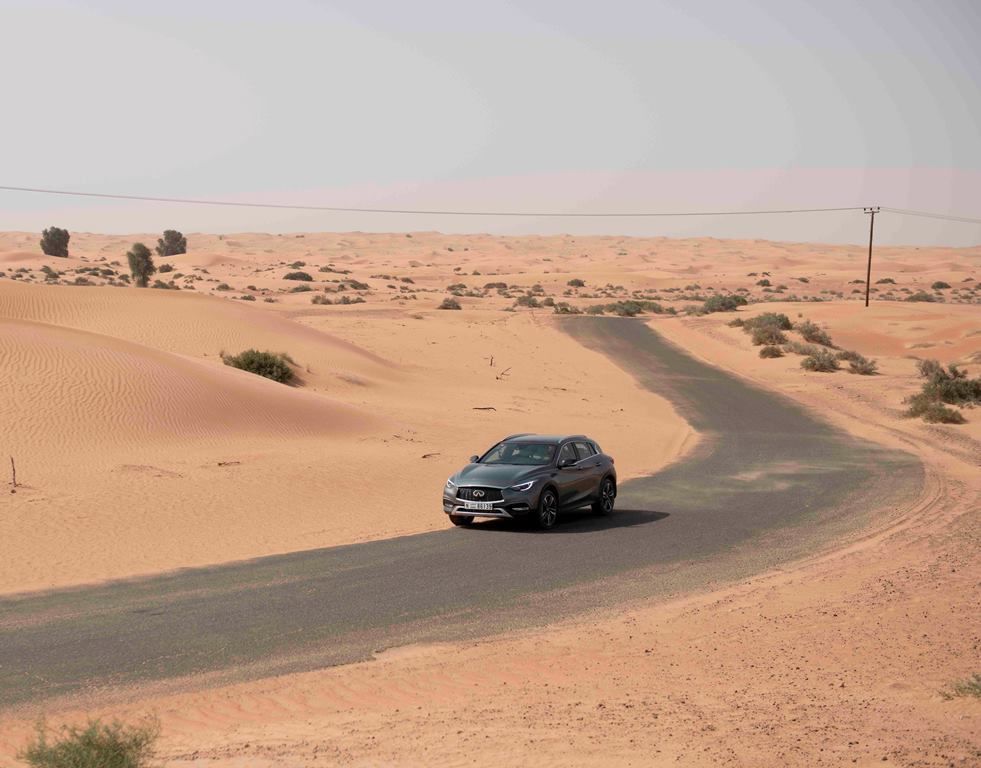 As much as we try to ignore it, sideline it, and disregard it, there is a paradigm shift in the automotive industry that is seeing potential buyers opt for crossovers and SUVs over traditional hatchbacks and sedans. This move has seen numerous manufacturers from across the globe expand their crossover range and the newest member to jump aboard the burgeoning bandwagon is Nissan’s luxury arm, Infiniti.

A Compact Utility Vehicle (CUV), the all-new Infiniti QX30 (which is not to be mistaken with the Q30 hatchback launched earlier) is the Japanese manufacturer’s answer to a segment that is home to the Audi Q2, Mercedes-Benz GLA, and the MINI Countryman. Targeted at the well-heeled youth of Dubai, the QX30 is a pricey offering that is in line with its German counterparts at a whopping starting price of AED 157,000.

Sharing its underpinnings with the Q30 hatchback (which itself is based on the Mercedes-Benz A-Class) the QX30 is best described as a hatchback in stilettos for it sits just 3-centimeters higher than its Q30 sibling. Unveiled at the La Ville Hotel in Dubai’s City Walk, the styling of the QX30 is nearly identical to its shorter sibling, bar the bumpers and wheel arch claddings that stand at an indistinguishable 0.5-centimeters wider. 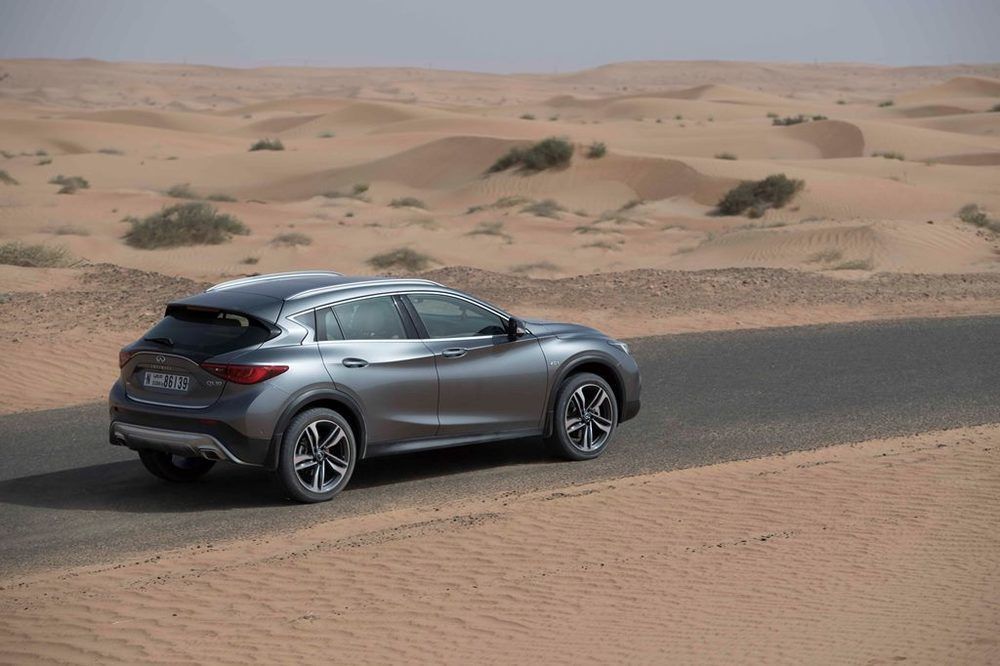 Available in nine exterior hues, the QX30 is powered by a 2.0-liter turbocharged engine that pushes 208 horsepower and 350 Nm of torque through a fabulous 7-speed dual-clutch transmission to an intelligent All Wheel Drive system. Sending power to the front wheels by default (to reduce fuel consumption) power is only distributed to the rear wheels when the system senses an uneven surface or when the front wheels begin to lose traction.

Although the QX30 is smooth, refined and everything else one would expect an Infiniti to be, its price tag remains highly unjustified. Sharing identical overall length, width, and boot space figures with its hatchback counterpart, the QX30 is a lazy attempt at a CUV that might as well phase out the Q30 from the brand’s model range.

Unlike the Mercedes-Benz GLA which is longer, wider, and offers significantly more boot space than the A-Class hatchback it is based on, Infiniti hasn’t chosen to go down that route. Instead, it’s opted to stick with what it already had, carry out miniscule cosmetic changes and slap on a premium of AED 50,000 to the hatchback’s sticker price. Now I don’t know about you, but that’s simply not acceptable, not in my books at least. 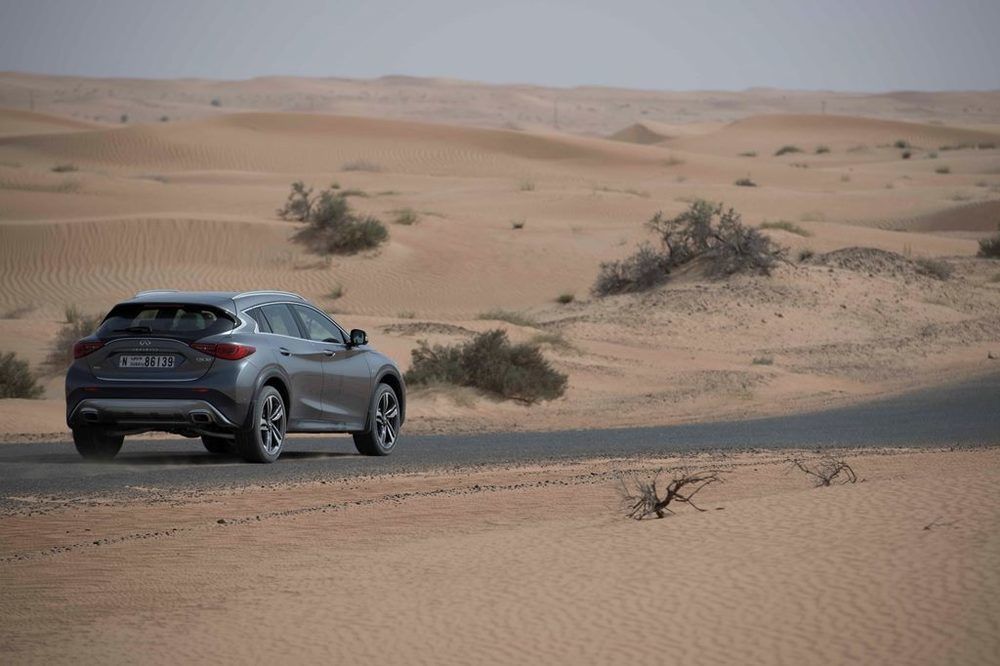