The Hyundai Tucson is Korea’s answer to segment heavyweights such as the Ford Escape and Honda CR-V. Priced from AED 81,000 to AED 110,000, the Tucson 2018 attempts to grab the attention of younger buyers by offering plenty of tech and an eye-catching design accompanied by a small price tag. Is the Tucson capable of holding a candle up to its more expensive American and Japanese rivals? Let’s find out… 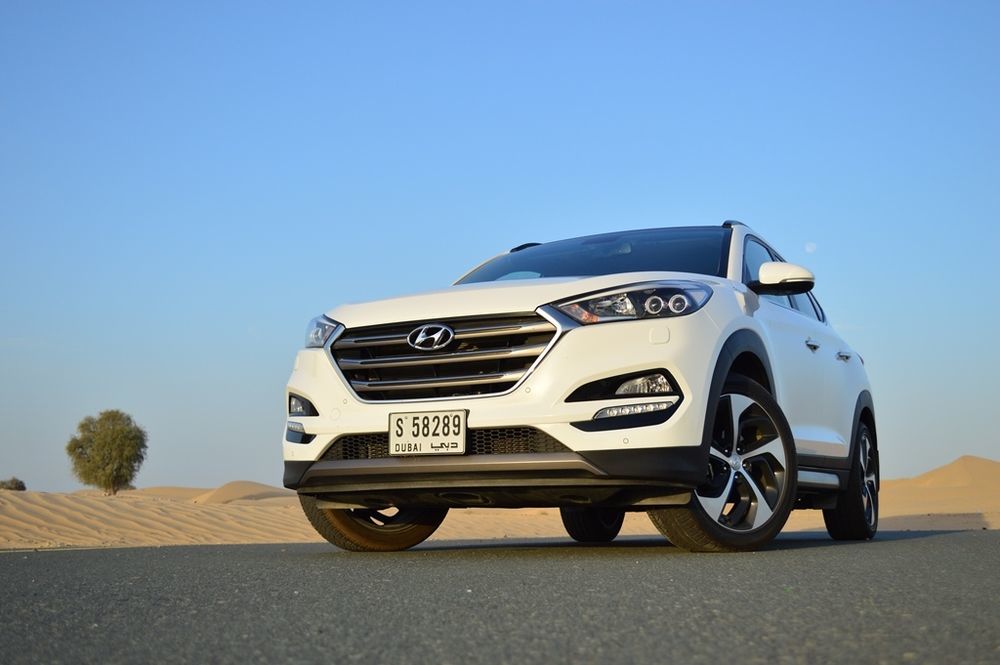 More evolution, less revolution, the design of the third-generation Tucson stays true to previous models and retains its ability to attract second glances. Flaunting the bold hexagonal grille that has become a distinct part of the Korean brand’s design language, the Tucson is fitted with Daytime Running Lights, Xenon projector headlamps, and large 19-inch alloys wrapped around 245-section rubber. 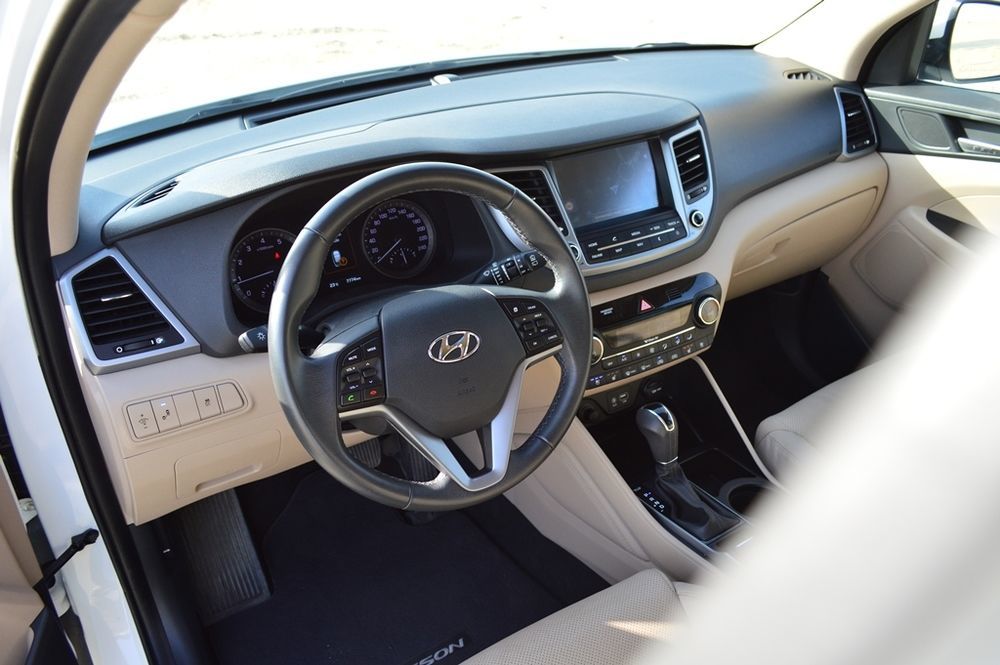 A letdown in comparison to the striking exterior, the cabin of the 2018 Tucson is home to plenty of hard plastics and limited passenger room. Although rear leg room is better than expected, and the rear A/C vents and reclining 60/40 split seats are worth highlighting, the lack of USB charging ports and limited rear headroom do come as an unpleasant surprise. 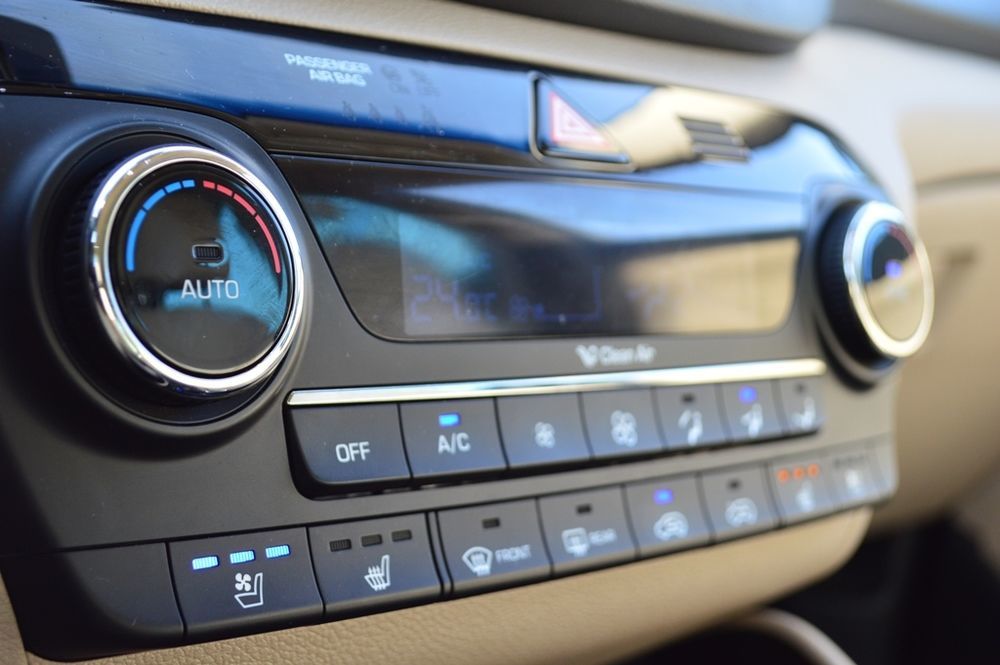 Although the GCC-spec variant of the Hyundai Tucson misses out on adaptive cruise control and autonomous braking, it’s still decently equipped with a lengthy spec sheet for proof. There’s a tire pressure monitoring system, blind spot monitoring, ventilated seats, a touchscreen navigation system, a panoramic roof and plenty more. Being a Hyundai, this isn’t particularly surprising, for they pride themselves on upping the competition on the technological front. 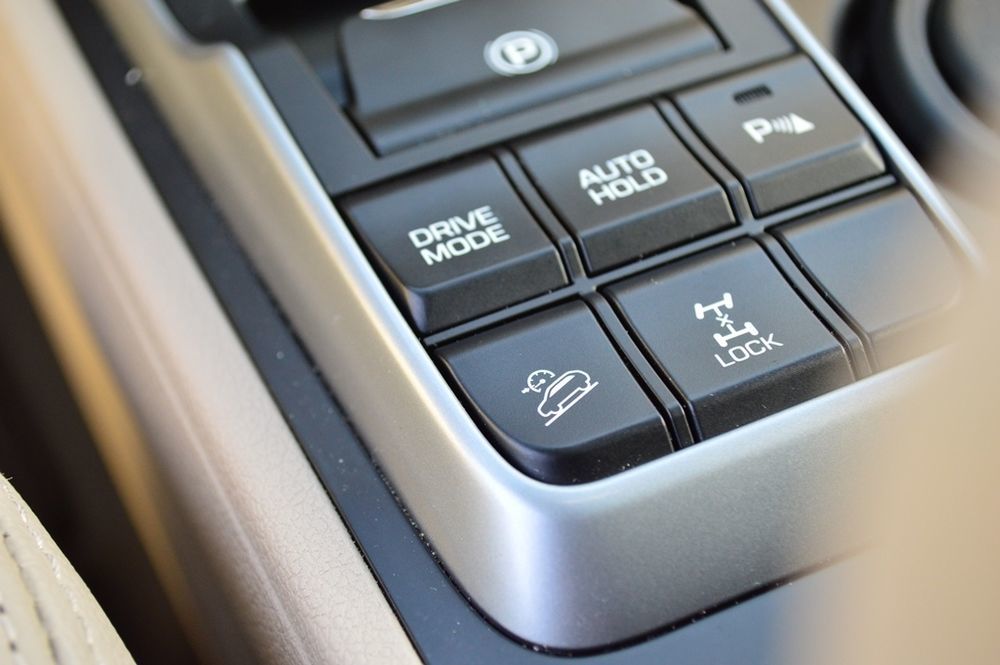 Powered by a 2.0-liter 4-cylinder engine that produces 173 horsepower and 226 Nm of torque, the Tucson is the least powerful amongst its rivals. While drive modes include Eco, Normal, and Sport (with each of them altering the weight of the steering and how long the transmission holds on to gears), the Tucson is a comfortable city cruiser with a soft suspension set-up that we’ve come to know and love.

Despite being fitted with an electronically locking center differential, hill descent control and All Wheel Drive, the Tucson’s off-road aspirations are hindered by its limited ground clearance – meaning, anything larger than your average pavement will require some skill and courage to navigate. With a 6-speed automatic transmission heading the distribution of power, the Tucson averages 7.9-liters for every 100 km, which is good, for it sits between the CR-V at 6.8-liters and the Escape at 8.2-liters. 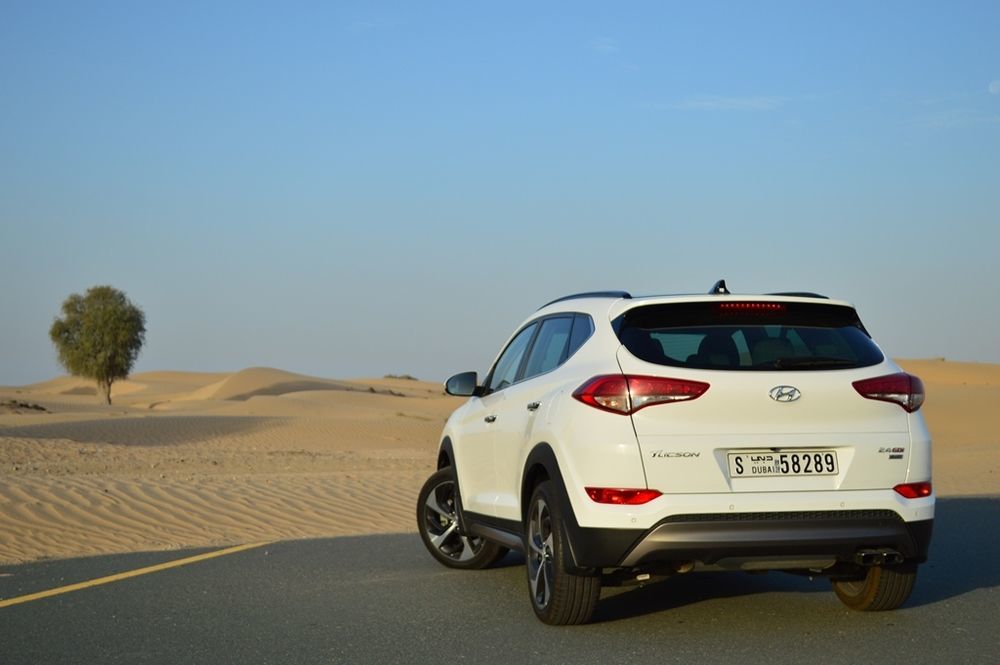 The Ford Escape, Honda CR-V and Hyundai Tucson all race off showroom floors for different reasons. Those who value driving dynamics, should turn away from the CR-V, ignore the Tucson and head straight for the turbocharged Escape in Ford’s showroom. Those who are big on comfort and require a comfortable second row, should close their eyes and sign their cheque for the Honda CR-V. As for the Tucson, well, it’s not the best but it is the most affordable, and that’s about all it has going for it.

UAE petrol prices to reach all time high in June 2018