The all-new BMW M850i is part sports car, part grand tourer and it’s caused quite a stir amongst its rivals. Namely, the Lexus LC, Maserati GranTurismo, and Mercedes-Benz S-Class Coupe. 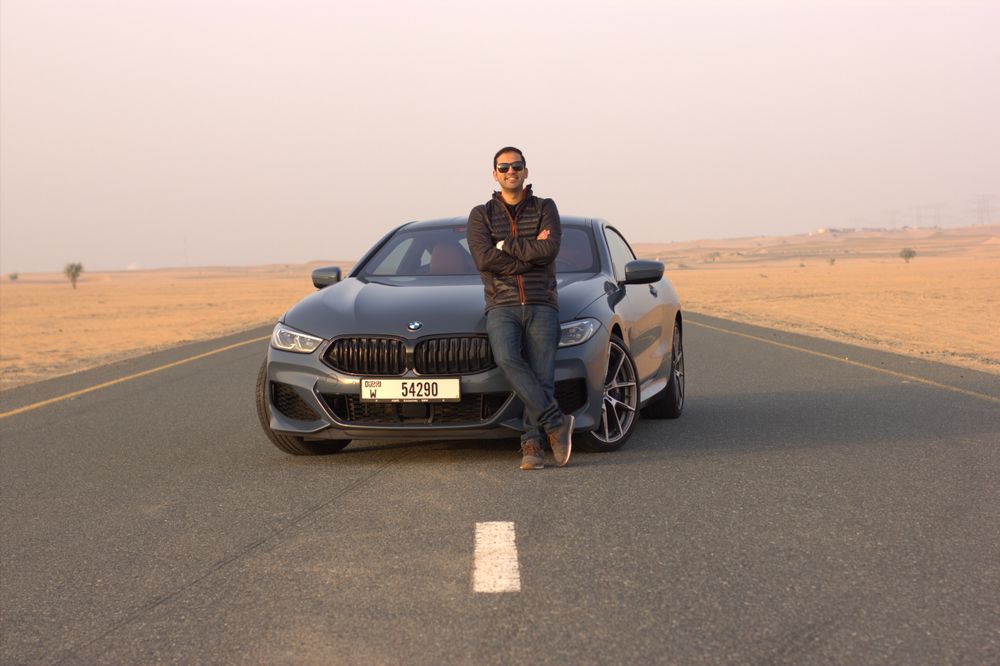 Replacing the 6-Series in the brand’s line-up, the 8-Series is everything the stylish 6-er was and some more. It’s flashier, it’s sportier, and it manages to turn a LOT of heads despite our tester being dressed in a dull Barcelona Blue Metallic color.

Dimensionally, the 8-Series is shorter, wider, and lower than the 6-Series and since this is the 850i with the ‘M’ sports pack, you get a dark grille, ‘M’ badges along the fenders, ‘M’ badges on each of the 20-inch alloy wheels, ‘M’ branding on the brake calipers, and a big diffuser too. 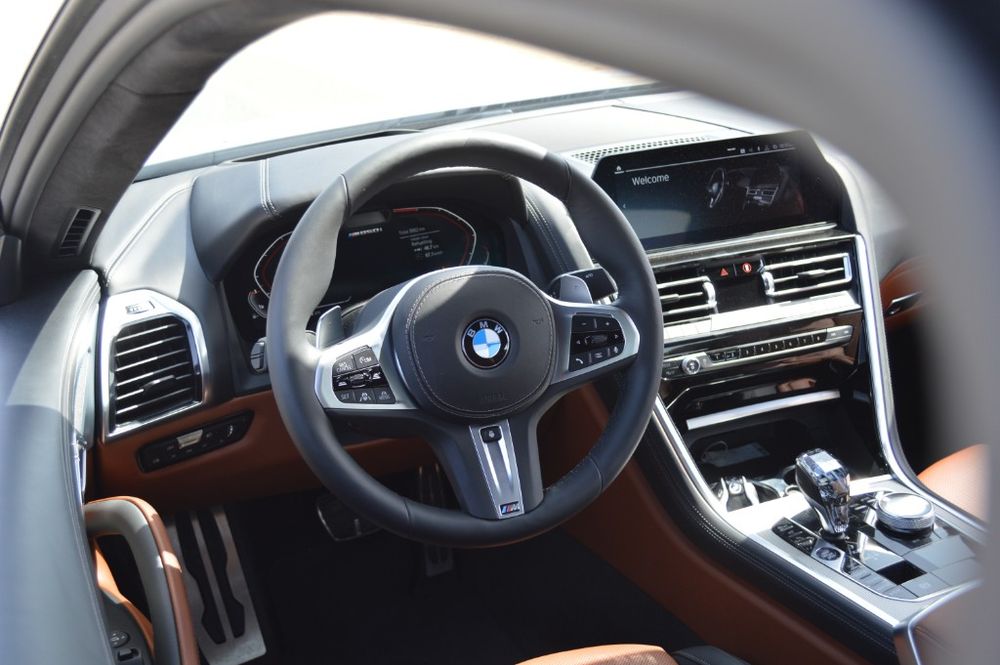 On the inside, the overall design is very similar to what you’d find in other BMW models, but knowing that would anger potential customers, the interior of the 8-Series has been spruced up with glass elements on the engine starter button, the volume control knob, the infotainment controller, and the gear shifter knob.

The materials and fit and finish are amazing (just as you’d expect them to be) and there’s a plenty of space for the driver and front-seat passenger. Unfortunately, the same cannot be said about the rear seats. They are just for show and are unusable by anybody with a pair of legs. Losing out to its rivals then, the 8-Series isn’t as practical. But every grey cloud does come with a silver lining and for the 8-Series, that’s its 420-liter boot capacity which is much, much more than what its rivals have to offer.

Setting itself apart from its rivals, the BMW M850i comes with two very different keys, there’s the boring key and the more exciting one. The boring key has your usual lock, unlock and boot opening buttons. But the exciting key comes with a touch display, gives you some information about the car such as are the windows and doors open, what the current range is, and even lets you remotely control the A/C system. The only thing missing, is the capability to park the vehicle using the key fob, a feature that has been reserved for the flagship 7-Series model.

Once you get over the keys and begin looking around the cabin, you’ll notice an abundance of tech. There’s this cool 10.2-inch infotainment screen that sticks out of the dashboard, steering assist which works with the adaptive cruise control to drive the car for you, and just incase that wasn’t enough to show-off in front of your friends, there’s also voice control and gesture control, which are great when they work but most of the time you just look a little ridiculous, especially to those outside.

Due to the amount of tech the 8-Series crams in, you’re forced to navigate through numerous menus and hidden sub menus to control the simplest of things. For instance, changing the information shown in the instrument cluster is not done by using any of the 15 buttons or two knobs on the steering wheel but instead by using the rotary iDrive controller. You have to click home, scroll to ‘Car’, scroll some more to ‘Settings’ continue scrolling to ‘Display’, and keep scrolling until you find ‘Instrument Cluster’. It’s just not very intuitive. 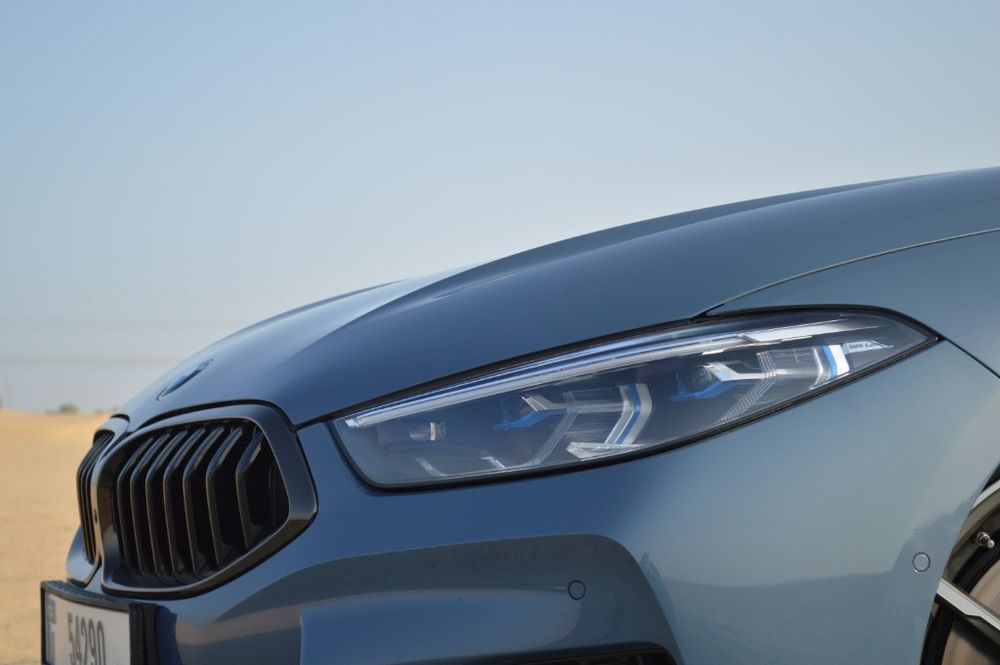 Switch the engine on, hear the exhaust crackle and you tend to forgive it for most of its shortcomings. The 4.4-liter twin-turbo V8 is as rowdy as you’d imagine and that’s a wonderful thing. Horsepower and torque figures stand at 530 and 750 respectively and make their way through an 8-speed automatic transmission.

Armed with xDrive (BMW lingo for All-Wheel-Drive) adaptive damping and four-wheel steering, the 8-Series is something special, and you truly start appreciating it only when it shoves you into the back of your seat and accelerates from 0 – 100km/h in 3.7-seconds.

Despite being fitted with several drive modes, the only mode you really want to drive it in is Sport+, for it opens the valves in the exhaust system and begins creating sounds that I would best describe as music! Having said that, the BMW M850i is not an all-out sports car. It weighs nearly two tons, and even in Sport+ the suspension is soft, the steering a little vague. If you’re wondering why they’ve intentionally done something like that, well, there’s two reasons for that. Firstly, the M850i is part sports car BUT part grand tourer as well, and secondly, they’ve left some room for the mental all-out M8 that will be launching soon. 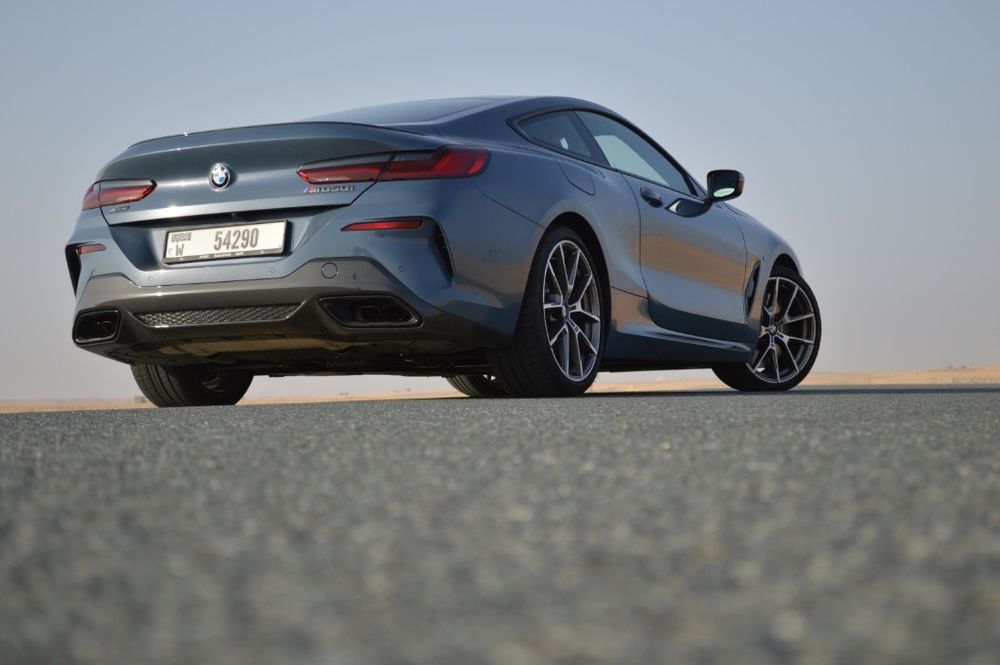 At 510,000 Dirhams, the BMW M850i is a car that will leave you speechless. It’s good, very good and strikes the perfect balance between luxury and sportiness – something its rivals are yet to master.