Aston Martin is a British brand known for making blisteringly fast thoroughbred sports cars. Over the span of a century, it has improved vastly and has shown its prowess in building such masterpieces which can go head on against Ferraris and Lamborghinis. Last year, Ferrari came up with their most advanced 812 Superfast. To rival it, Aston Martin now has its ultimate supercar, the DBS Superleggera Volante. Can it assume the throne of the king of the segment? 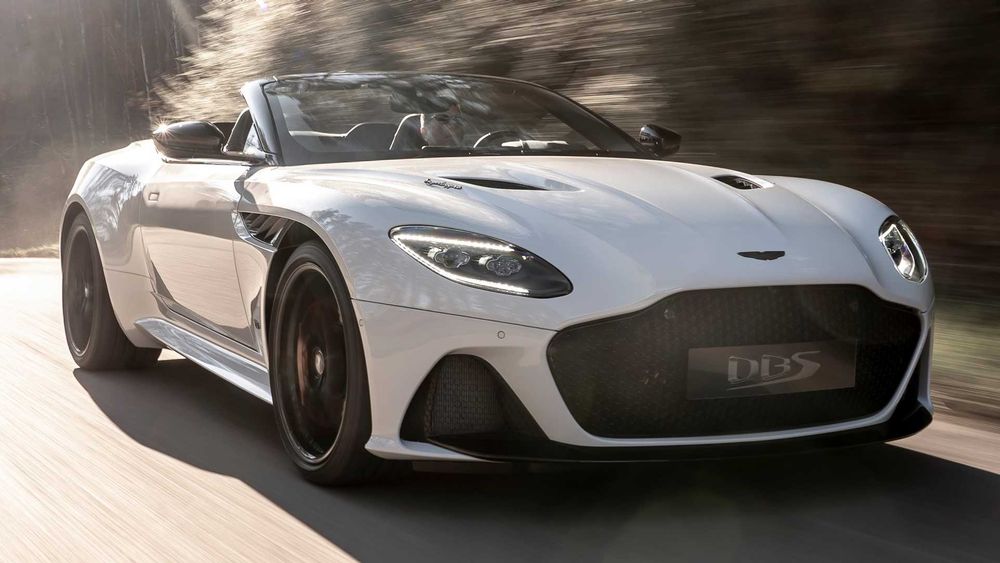 Seen from a distance, it will be easily identified as an Aston Martin wearing its family styling leaving no room for differentiation. Such design cues include the bulged hexagonal grille and the smart looking finely curved head lamps. There are two large indentations on the long hood with four straight creases adding drama. Despite being the halo model, it doesn’t have anything unique about it and describing it succinctly, it is a simple looking roadster. The front end flaunts large air intakes and matte black embellishing on the bumper.

The side features a massive front fender with imperative air intakes giving it a prominent look. The tight wheel arches further elaborate its appeal. The rest of the side profile is clean yet sharp looking.

The car looks most striking from the rear owing to the sleek narrow tail lamps with LED inserts and a black strip running across them. You will also notice air vents on the trunk in place of the spoiler. Some touches such as the quad exhaust pipes work well with the overall layout of the car. Volante also houses in a large diffuser giving it an aggressive stance. 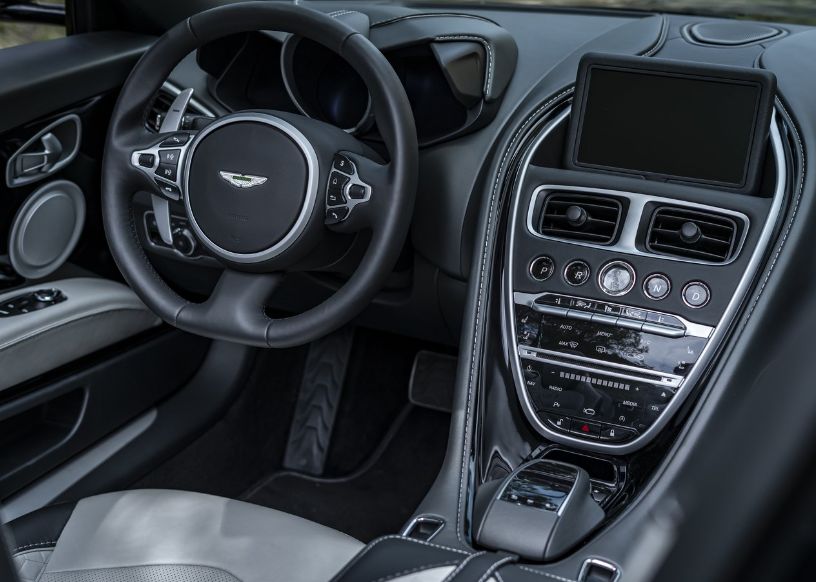 Like the other Aston Martins, the driver centric interior makes its way into the DBS Superleggera Volante as well. You will find yourself sitting in the lap of luxury thanks to a combination of different materials and textures making it look posh. Worth eyeing is the digital instrument cluster segregated into three compartments showing you the fuel meter, speedometer, tachometer, oil pressure, etc. The flat-bottomed steering wheel also has paddle shifters mounted on it with a slew of keys wrapped in aluminium for cruise control, Bluetooth telephony, volume controls, etc.

The center console too, looks conventional and incorporates an 8” infotainment screen atop the dashboard mainly showing navigation and radio functions. We also expect a Bang and Olufsen sound system, ventilated seats and a tracking feature which gives the location of the car through an app on a smartphone. Some driver assistance systems include Dynamic Stability Control, electric parking brake, Brake Assist, ABS and Dynamic Torque Vectoring. The centre console also sees a Mercedes-Benz inspired touchpad and some keys for the automatic climate control, fan speed, etc.

The Aston Martin DBS Superleggera comes with the option of a single 5.2 V12 naturally aspirated mill to our region which produces 715 hp and a breathtaking 900 Nm of torque mated to an 8 speed ZF automatic transmission. Aston Martin claims a top speed of 340 Km/h and a 0-100 Km/h time of 3.6 seconds. With such figures, it is easily one of the most brutal luxury convertibles falling just a shade under the Ferrari 812 Super-Fast. Truly a commendable job done by the folks at Aston Martin. 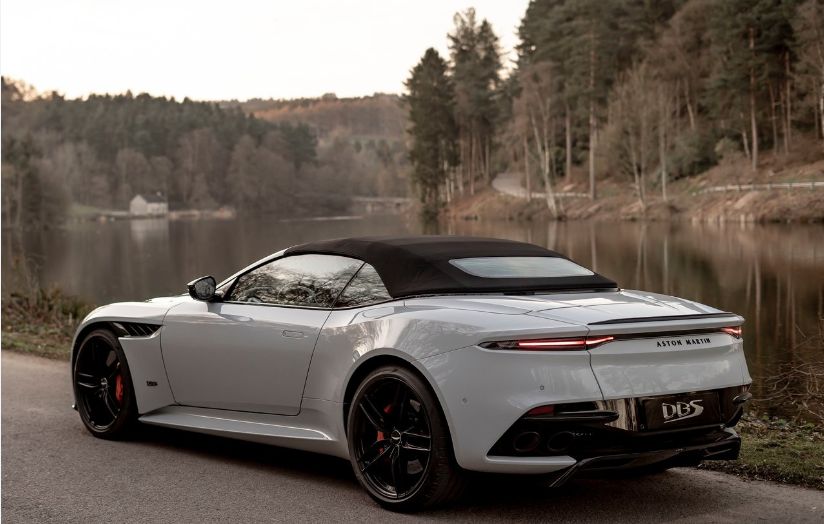 The Aston Martin DBS Superleggera Volante targets its immediate rivals which come in the form of the Ferrari 812 Superfast and the Bentley Continental GT. The roadster strikes a perfect poise between performance and luxury giving it an upper hand over both its rivals and we think you should definitely consider it if you fancy a sports car which does the grocery commutes just fine, seats 4 and is an absolute beast when driven hard on the race track. A perfect all-rounder!