An introduction to the upcoming 2020 Aston Martin Valhalla 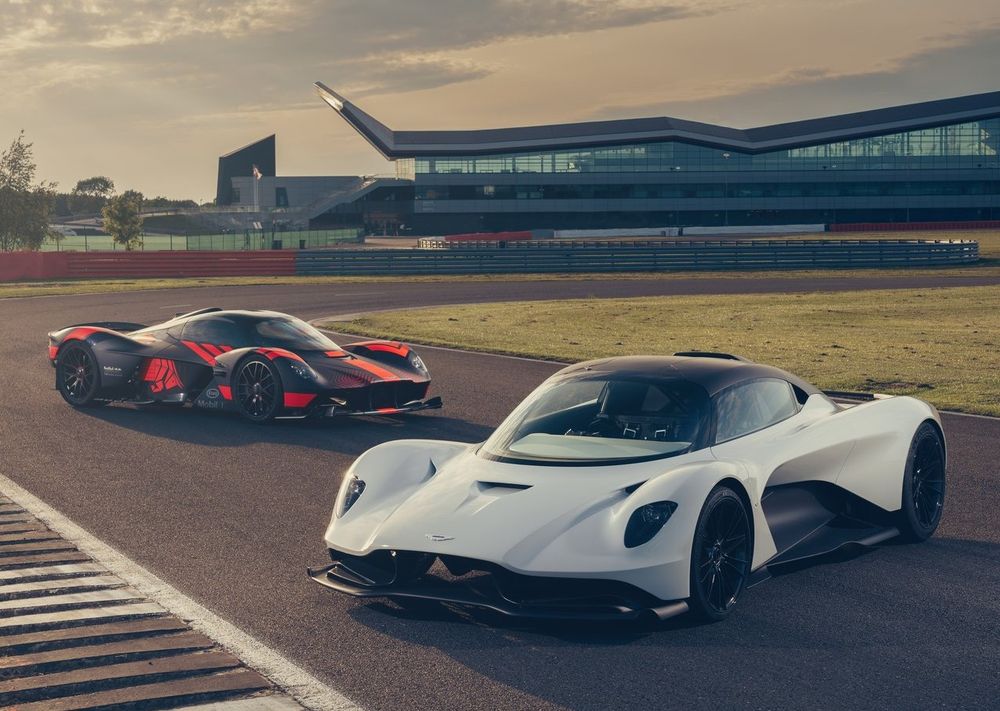 It wouldn’t be a stretch of the imagination to say that Aston Martin definitely has a fascination for ancient Norse mythology. For example, the outgoing and spectacular Valkyrie was named after a mythical Norse character as well. And now joining the posh British brand’s flagship hypercar is the all-new and upcoming Valhalla - it’s a hypercar, too. Upon launch, the 2020 Aston Martin Valhalla will be slotted right under the Valkyrie, and it’s the end result of a partnership between Aston Martin and the Red Bull Formula One team.

Loving known as the Son of Valkyrie, the upcoming Valhalla uses a traditional mid-mounted internal combustion engine along with an advanced battery-electric hybrid system for propulsion. The Project ‘003’ as it was named, the Aston Martin Valhalla utilizes advanced and state-of-the-art aerodynamics and construction techniques to help reduce the vehicle’s mass and increase its performance. One of the direct competitors of the Aston Martin Valhalla would be the McLaren Senna or even the erstwhile P1.

One glance at the 2020 Aston Martin Valhalla, and you would likely think it looks remarkably similar to its elder brother - the Valkyrie. Of course, that’s no bad thing and it isn’t much of a coincidence either as both these dream cars spent excessive amounts of time inside a wind tunnel. It’s therefore unsurprising to learn that almost every panel and contour on the body of the Valhalla has been designed to play along with airflow and contribute to the hypercar’s performance.

At the front, instead of a traditional bumper, you will find a gaping hole and a massive aerofoil suspended from the body of the car. The hood incorporates three distinct air-intake scoops whilst the sleek LED headlamps are integrated into the forward section of the huge front fenders. The enormous windshield joins up with the low-slung, steeply sloped roof of the Valhalla. Meanwhile, the sophisticated dihedral doors feature huge exit channels for air to pass through the rest of the car, unimpeded.

Right below the doors are two different sizes and types of side skirts which keep the air from creating unnecessary turbulence around the Valhalla. There’s also a single air scoop integrated into the roof for keeping the engine cool, while the enormous yet lightweight wheels are wrapped with special tires from Michelin. The rear of the Aston Martin Valhalla is dominated by a massive air diffuser kit and a well-integrated rear wing. The Valhalla also sports some of the slimmest and (arguably) the lightest LED taillights ever fitted to a hypercar. 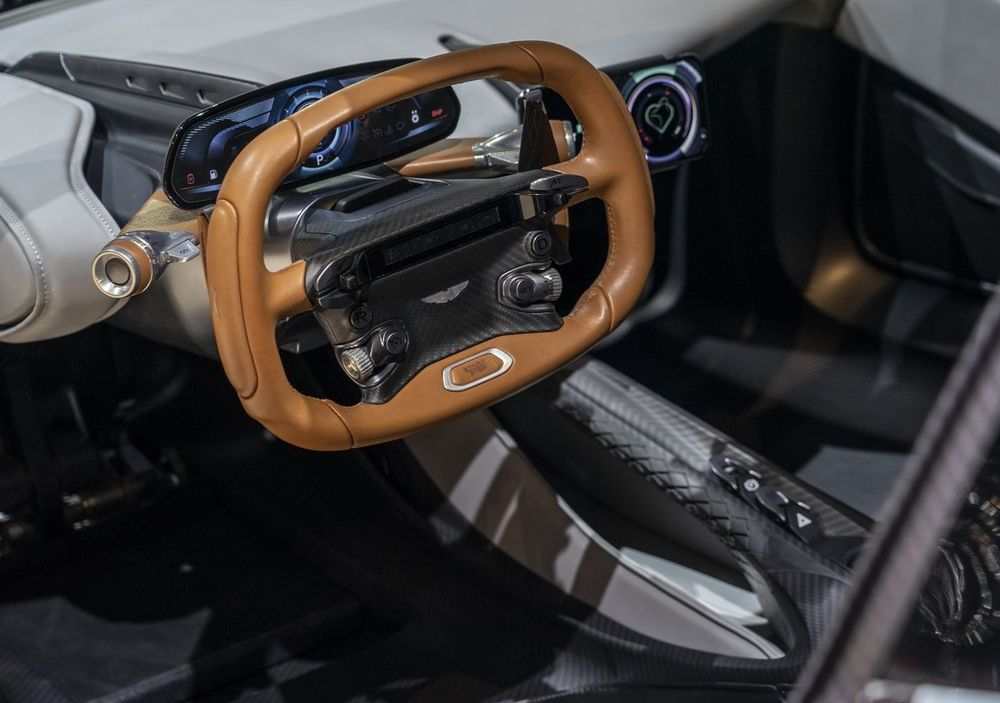 The interior of the 2020 Aston Martin Valhalla is perhaps one of the most unique in the automotive industry - both in terms of its look and overall design. It’s also quite sparse and minimalistic, though at the same time, very contemporary and futuristic in its appeal. Carbon-fiber pretty much dominates and is almost everywhere inside this cabin. What about some soft and plush carpets and headliner? Nope. It’s all carbon-fiber.

Of course, there’s some soft stitched-leather along the dashboard, and even the rectangular, super sporty-looking steering wheel is mostly clad in leather. The carbon-fiber centre tunnel has some intriguing, reptile-like scales on it along with a little storage cubby underneath and a few buttons on top of it. Finally, there are two, ultra-thin screens up front -- one’s the instrument cluster whilst the other, presumably, is for monitoring some the Valhalla’s other functions and information.

The F1-inspired powertrain of the 2020 Aston Martin Valhalla is likely to produce around 1,000 horsepower courtesy of its twin-turbocharged V6 petrol engine and an advanced electric-hybrid system. According to Aston Martin, the Valhalla will come equipped with state-of-the-art oil and cooling system, along with an F1-inspired KERS (Kinetic Energy Recovery System) technology to enable rapid acceleration times in-between gear changes. While Aston Martin hasn’t revealed any performance figures yet, you can expect the Valhalla to hit 100 km/h in under 2.5 seconds and a top speed of over 330 km/h. 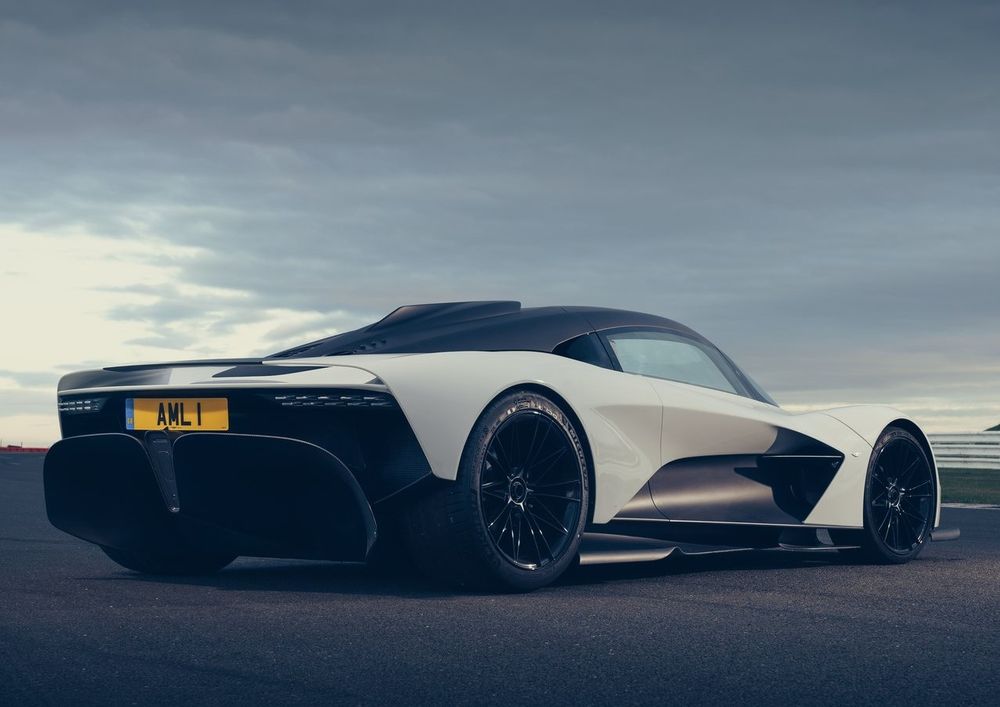 Only 500 examples of the Aston Martin Valhalla will ever be produced, though the prestigious automaker has apparently received a lot more reservations than that already. Delivery for the first lucky customers is set to begin somewhere in 2021, with the production commencing earlier in the same year.