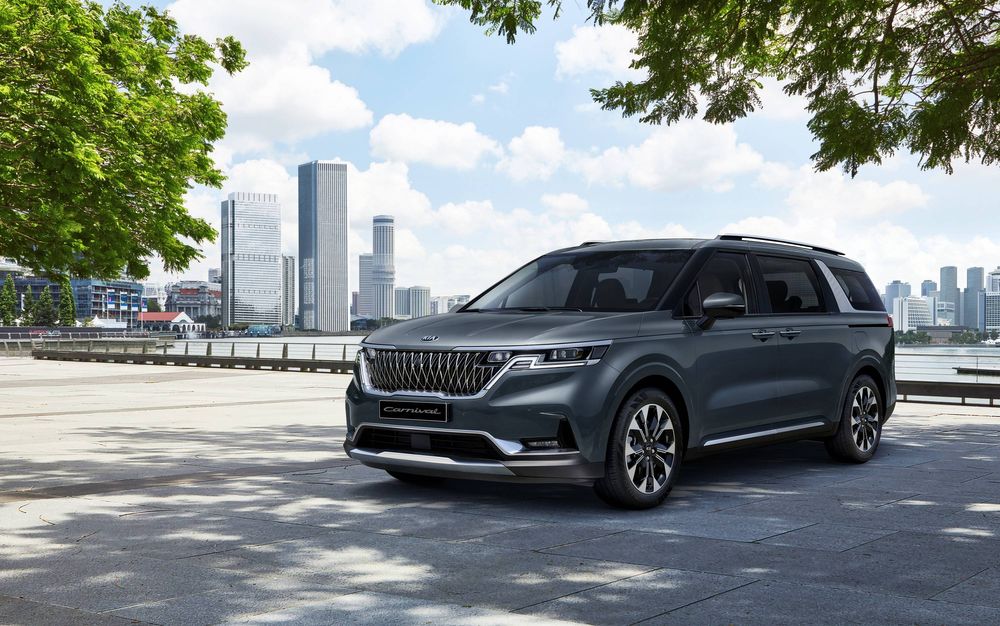 Kia has revealed first images of the new Kia Carnival, the fourth generation of the brand’s flagship minivan. Released in Korean specification, the new Kia Carnival – sold in many markets worldwide as the Kia Sedona – has been designed to appeal to progressive young families, which should help explain its move away from a traditional family-van like styling and greater resemblance to an SUV.

Dubbed a ‘Grand Utility Vehicle’, the new model boasts a design evolution for the Carnival. It features a shorter front overhang, with the base of the A-pillar moved backward to create a longer hood. Its increased wheelbase also contributes to greater space throughout the cabin, while giving the car a longer, slightly more athletic silhouette.

Part of the new upgrades include a unique ‘island roof’ design, with blacked-out A- and B-pillars supporting the body-colored roof. From the side, one of the new car’s stand-out features is an eye-catching new C-pillar signature design, inspired by that of the new Sorento. The chrome fin, which wraps beneath the tapered rear windows and extends towards the tailgate, is finished with a subtle diamond pattern that is also reflected throughout the inside of the car. 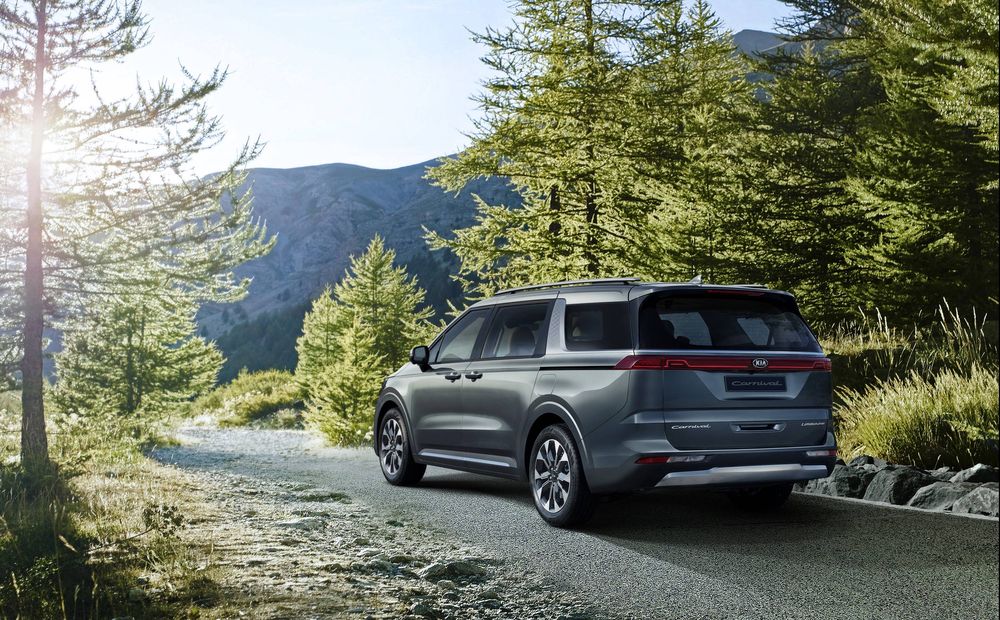 At the rear, the Carnival boasts a wide, distinctive new design which uses full-width lines to emphasize the car’s sense of solidity. These lines include the sleek combination lamps, which echo the same details as the DRLs at the front of the car, integrated into a full-width light. Further enhancing its SUV-inspired design, the Carnival is finished off with a metallic lower skid plate, elevating the car further and giving it a more robust appearance.

More details about the all-new Kia Carnival will be revealed closer to its Middle East launch.