Since their introduction, crossover SUVs have gone on to become the bread-and-butter of carmakers all around the globe. In an extremely dynamic auto space like the UAE, brands have to keep their product portfolio alive and kicking if they’re to remain relevant. Auto giant and premier German marque Volkswagen, certainly knows a thing or two about maintaining market dominance. To keep up with the likes of Toyota and Nissan, Volkswagen has just unleashed the T-Roc onto the UAE market. Based on the underpinnings of the beloved and best-selling Golf hatchback, the all-new T-Roc is the now most affordable and smallest crossover/SUV from VW in the UAE. 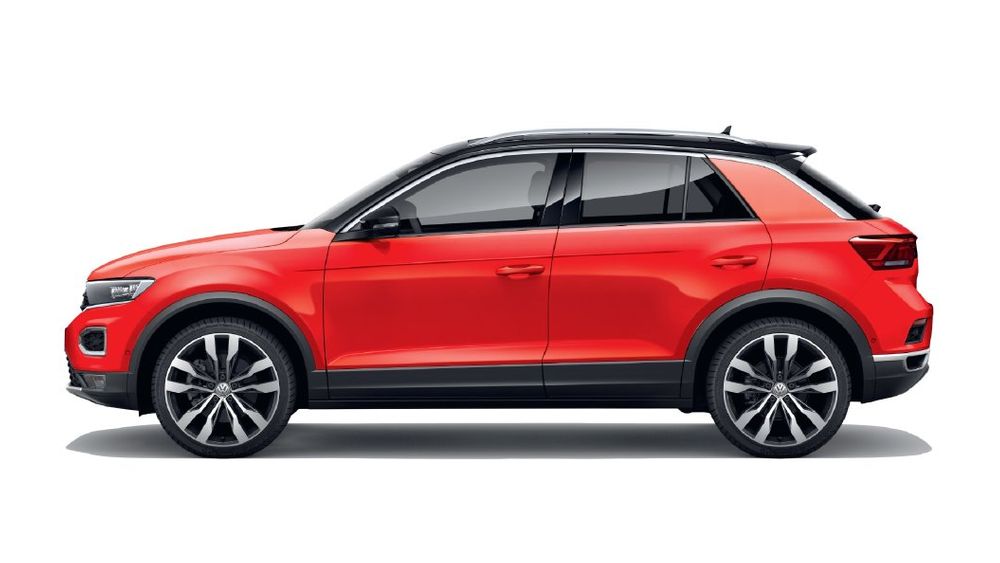 Volkswagen T-Roc price and rivals in the UAE

Starting from AED 74,900, the new Volkswagen T-Roc is about 15,000 dirhams cheaper than the Tiguan. In the UAE, buyers looking for a brand-new Volkswagen can scout for options by visiting an Al Nabooda or Ali & Sons dealership that’s based in Dubai and Abu Dhabi, respectively. Given its price point, the base T-Roc could rival cars such as the Nissan Kicks, Mitsubishi Eclipse Cross, Ford Escape, and Honda HR-V among others. 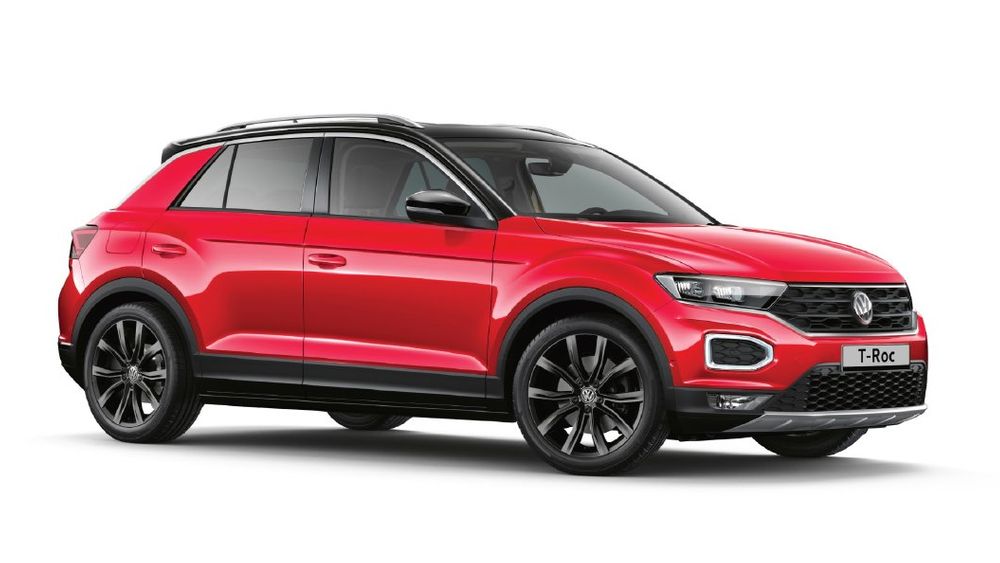 With so many crossover SUVs dotting our landscape, it becomes increasingly difficult to tell one apart from the other. As we have known all this while, Volkswagen usually likes to play it safe when it comes to the styling of its cars. However, when it comes to the T-Roc, you could say that it has some eye-catching design choices that keeps it from boring you out of your wits.

Not only can the new T-Roc be had in striking dual-tone paint schemes, you can also pick the optional R-Line package or Black Style package. Now you get sportier-looking and more aggressive front and rear bumpers with a faux skid plate and dual-exhaust tips, blacked-out exterior trim plus swanky graphics on the C-pillar. Moreover, the T-Roc’s twin-chamber LED headlights gel well with the crossover’s bumper-integrated LED DRLs, front fog lights, and the well-crafted LED rear light elements.

Bringing some more character to the T-Roc’s design is its wide mini-SUV-like stance, beefy-looking wheel arches with stylish 17-inch alloy rims, and black plastic lower-body panels. And while the roof-mounted spoiler looks sporty, VW has gone ahead and stuck some fake vents and exhaust surrounds on the T-Roc, which seem unnecessary and generally meh! 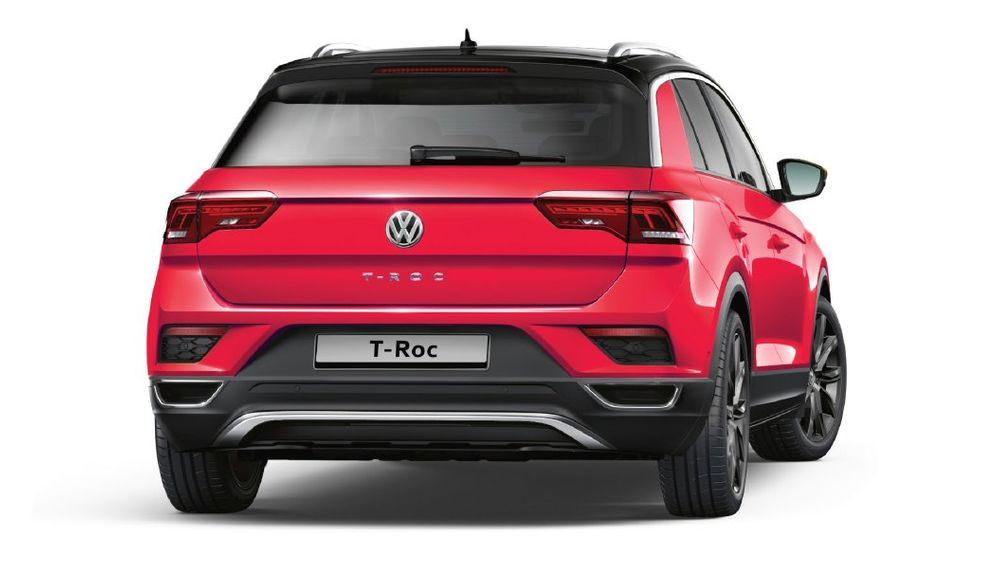 The inside of the Volkswagen T-Roc is where you’ll obviously be spending much of your time. And when you factor in the fact that you’ll likely be spending between 80,000-90,000 dirhams (post optional extras), you don’t want an interior that feels utilitarian. Thankfully, that’s not entirely the case here. While the design of this cabin will not blow your socks off, it’s inoffensive and thoroughly usable for everyday driving duties.

The cabin is replete with metallic accents, piano black trim, a leather-wrapped multifunction flat-bottom steering wheel, and dual digital screens. One of the high-resolution screens is the 11.7-inch Virtual Cockpit driver’s display, with the other being an 8-inch touch-infotainment head unit that also gets built-in GPS navigation and smartphone connectivity. The layout of the screens and the center console are driver-oriented, and that, along with the raised driving position makes for a good experience behind the wheel.

However, while the fit & finish feels more than adequate, the overall quality of some of the touchpoints feel lackluster. You’ll probably not cut your finger anywhere in this cabin, but it’s certainly not a very premium experience. Having said that, the seats are fairly comfortable and there’s enough headroom and kneeroom for all occupants. As for its boot space, the Volkswagen T-Roc can haul 445 liters of luggage, which is about 60-odd liters more than the Golf. 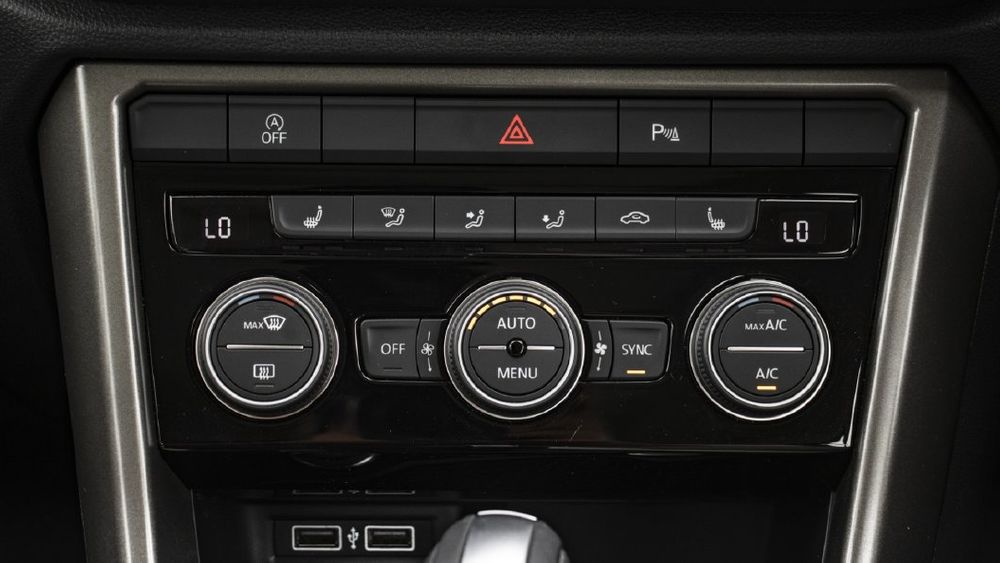 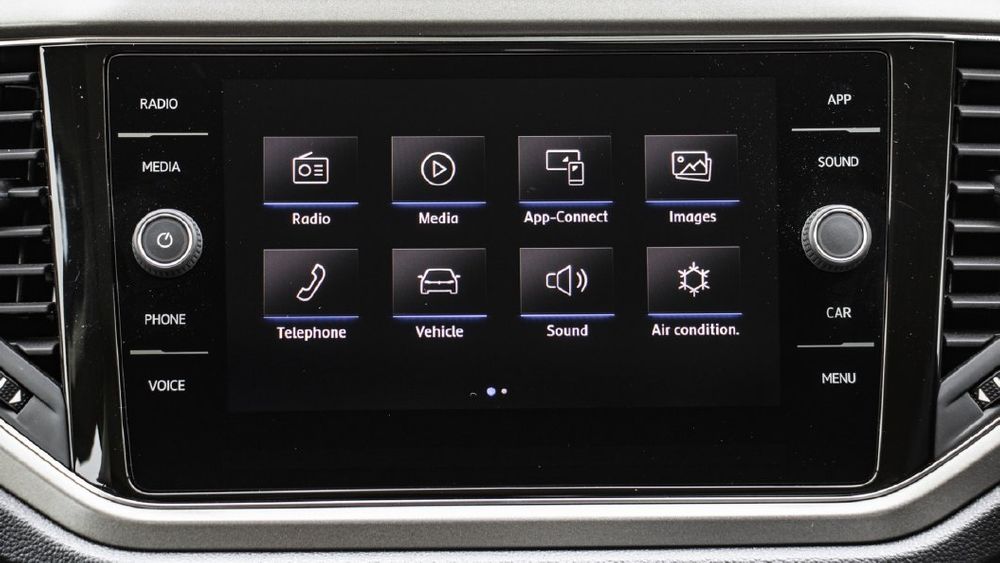 Motivating the Volkswagen T-Roc is a 1.4-liter turbocharged four-cylinder petrol engine that pushes out 148hp and 250Nm of torque. In the UAE, the T-Roc is only available in front-wheel-drive and with a 8 speed automatic gearbox. That’s enough to send this 1.3-ton crossover SUV from 0-100 kmph in 8.4 seconds, while top speed sits at about 180 kmph. After all that, the Volkswagen T-Roc still lays claim to a combined fuel economy of around 5.4 L/100 km (18.5 km/l). 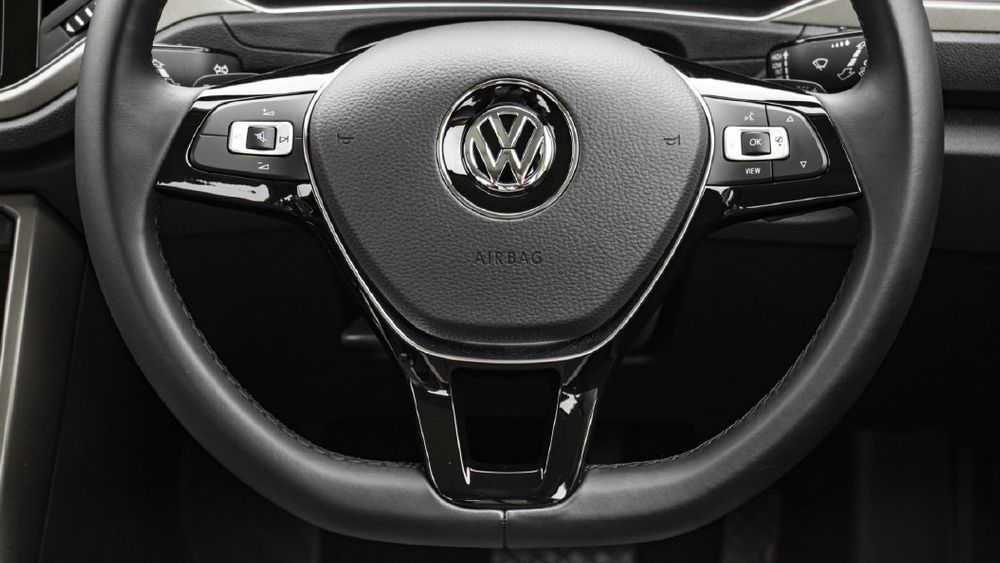 Should you buy the Volkswagen?

Ideally, if you want a well-equipped T-Roc in the UAE, you’re looking at a figure in the neighborhood of around 90,000 dirhams. The Volkswagen T-Roc sure has a modern-looking exterior, practically laid-out and spacious interior, decent technology and features, plus an exciting yet frugal engine. On the flip-side, the cabin quality isn’t great, there’s no AWD system, and the optional extras will cost you a lot. Still, if you’re cool with all that, go ahead and give the T-Roc a test drive.