A quick look at the upcoming 2020 Land Rover Defender 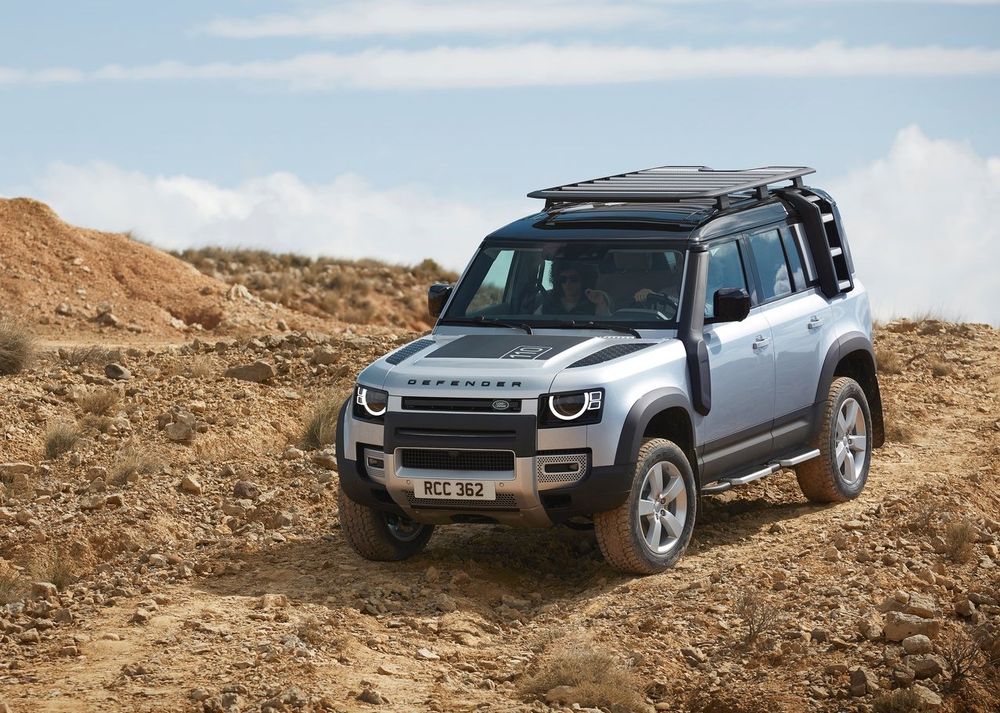 The Land Rover Defender is arguably one of the most prolific and distinguishable cars in the off-road genre. Land Rover has been producing the iconic Defender since the early 1980s - initially only known as the ‘90’ and ‘110’. By the time the second generation rolled out of the factories in the latter part of 1990, the ‘Defender’ moniker had become official. Land Rover and its Defender gained a lot of notoriety in the coming years, chiefly thanks to this SUV’s incredible tenacity off the beaten path. However, by the early to mid 2000s, it was clear that the second-gen Defender was aging rapidly. It was now time for the British marque to replace their aging workhorse.

While the replacement was long overdue, it took Land Rover nearly a decade to unveil the all-new 2020 Defender. The latest iteration of the tough and capable 4x4 features the brand’s specialized D7x platform, a modern unibody setup, and an aluminum-rich construction -- all unlike anything ever seen on a Defender up until now. Built exclusively at JLR’s new plant in Slovakia, the upcoming 2020 Land Rover Defender has big shoes to fill.

However, the 2020 Defender doesn’t just look formidable but also embodies a sense of modernity and sophistication. Land Rover has achieved this by adding stylish yet very distinctive LED lighting on the front and rear of the Defender. The optional dual-tone paint job, short overhangs, high ground clearance and large alloy wheels further accentuate the 2020 Defender’s overall exterior charm. The long wheelbase (110) variant of the new Land Rover Defender measures 5.018 meters in length, 2.008 meters in width, 1.965 meters in height, and has a wheelbase of 3.022 meters. 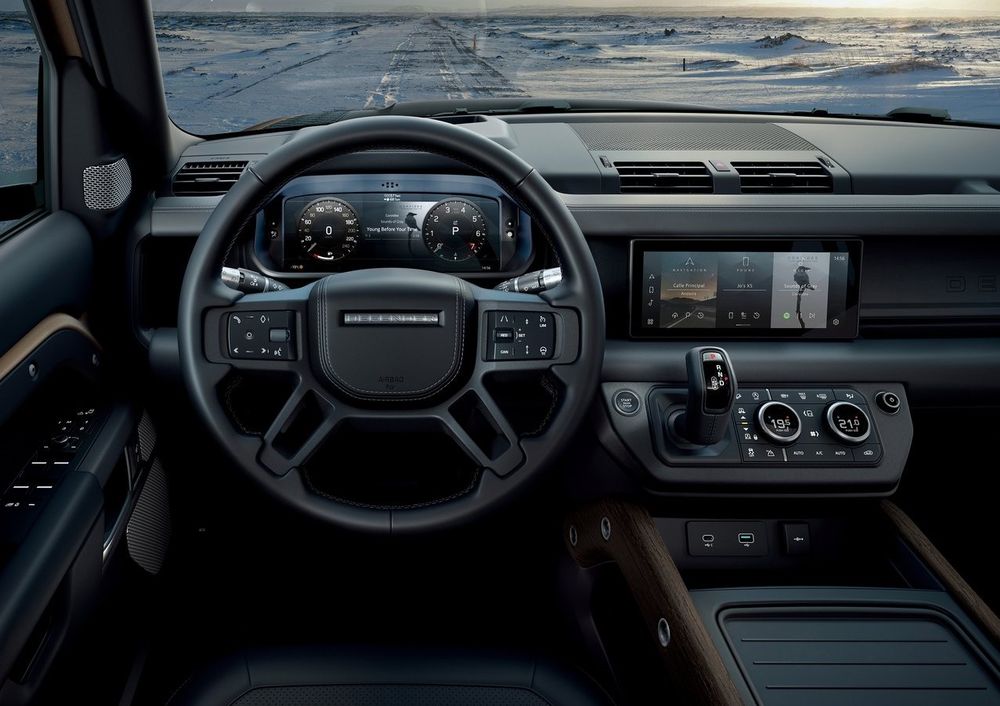 Depending on the variant you choose at the showroom (90 or 110), the cabin can be configured to seat 5, 6 or 7 people - the latter two allowing up to three occupants in the front row. Thanks to the tall and flat roof, there’s no shortage of headroom (even for tall folks) in the all-new Defender. This, combined with 2020 Defender’s big windows and a large glass sunroof, the interior doesn’t feel cramped or claustrophobic. The high seating position along with the low-set dash also allows for excellent outward visibility, a crucial factor for an off-road vehicle such as this.

Compared to the outdated and bland interior of the previous Defender, this new model features a thoroughly modern and well-built cabin replete with high-quality leather, wood and metallic accents. The design and layout of the various switchgear, control surfaces and digital displays in this interior give off a very posh and upmarket vibe, too. Some of this car’s gadgets include LR’s new Terrain Response 2 system with ClearSight Ground View technology, adaptive air suspension, head-up display, adaptive headlamps, 12.3-inch driver’s display, 10.0-inch touchscreen infotainment system with Apple CarPlay & Android Auto, onboard Wi-Fi, and dual-zone automatic climate control among many others.

The 2020 Land Rover Defender 90 variant is powered by a 2.0-liter turbocharged petrol engine that makes 300 hp and 400 Nm of torque. It’s connected to a ZF 8-speed automatic transmission, permanent four-wheel-drive system with a dedicated 2-speed transfer box, and two locking differentials. While tire-burning performance may not have been part of the design brief, the all-new Defender (90) can still travel from 0-100 km/h in 8 seconds flat and hit a top speed of 191 km/h.

Meanwhile, the 2020 Defender boasts a maximum towing capacity of 3.5 tons, with a maximum wading depth of 900 mm. Also, the ultra-stiff monocoque chassis of the Defender can tolerate up to 6.5 tons of snatch load. 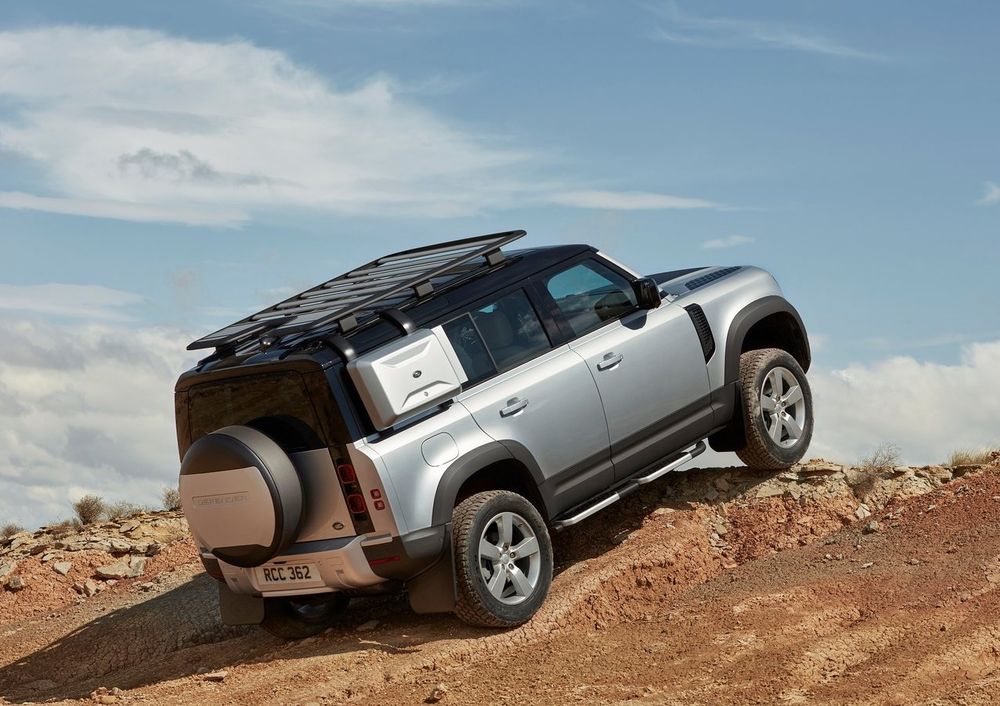 By adopting several new technologies and improved construction techniques, the 2020 Land Rover Defender will no doubt be very capable off road. The inclusion of cool gadgets, better on-road performance and comfort only makes the case stronger for this SUV. A UAE release is expected soon, though Land Rover hasn’t yet announced any dates.