A brief look at the 2020 SsangYong Korando 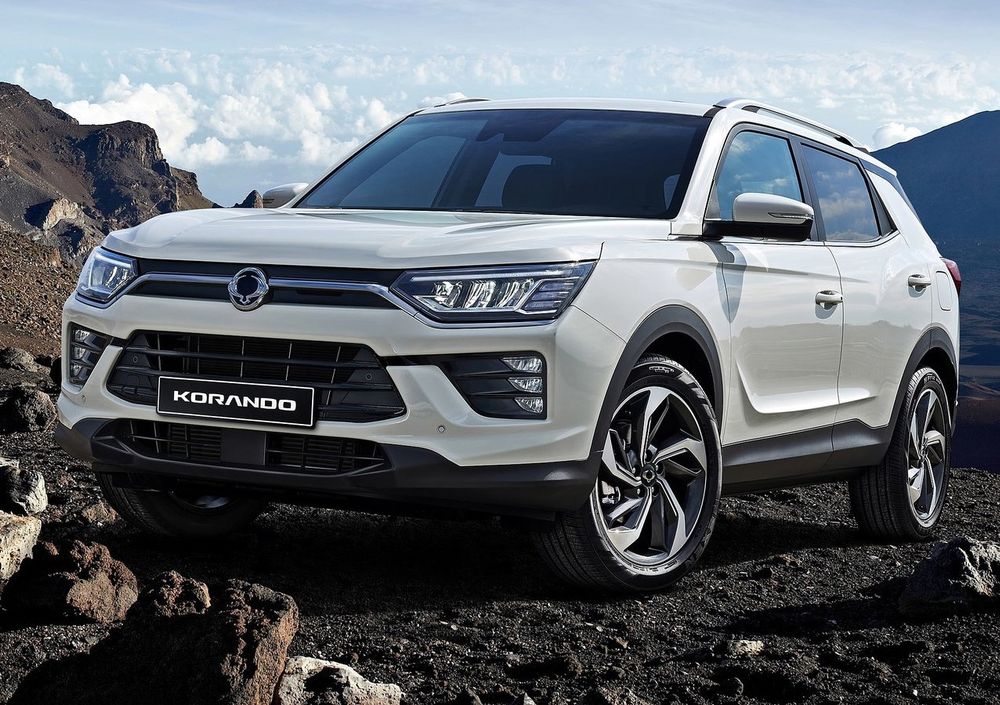 The Korando nameplate first came about in early 1983, and is today considered to be South Korea’s longest running model. Currently under the ownership of the Indian auto giant Mahindra & Mahindra, SsangYong is one of the largest automakers from Korea. Over its lifetime, the SsangYong Korando has been through a few changes and iterations, with the latest one translating into the car’s fourth generation avatar. Much like in other parts of the globe, the compact crossover SUV market in the UAE is a booming segment. With so many of the major companies releasing new and/or refreshed models every year, smaller OEMs such as SsangYong have got their work cut out for them.

To have a better chance at competing with the bigger players, the long-standing Korean brand unveiled the all-new 2020 SsangYong Korando. The latest, fourth-gen incarnation of the Korando made its first global debut earlier this year at the Geneva Motor Show. In the family hierarchy, the new Korando find itself in between the smaller Tivoli and the larger (and more expensive) Rexton. Built on a modified version of the marque’s X100 architecture, the 2020 SsangYong Korando has to tackle segment leaders such as the all-new Ford Escape, Toyota RAV4, and fellow Korean rival Kia Sportage.

SsangYong has really stepped up their game when it comes to the designs of their cars in the recent years. The brand was once famous for making cars that looked awkward (to say the least), and didn’t win over many hearts the world over. However, the 2020 Korando is one of those crossover SUVs that does manage to capture your attention, and for all the good reasons. Up front, the all-new Korando sports a streamlined grille with the carmaker’s new ‘birds wing’ chrome strip. This, along with the sleek LED headlamps, triple-stacked LED fog lamps and a sculpted hood, gives this crossover a smart yet sophisticated look.

There are prominent creases and contours along the sides of the 2020 Korando, with black cladding present all around as well. The chunky C-pillar features a modern ‘floating’ design, whilst the distinctive roof rails and five-spoke 17-inch alloy wheels add some extra zing. The rear of the Korando gets stylish LED tail lamps, the aforementioned ‘bird’s wing’ chrome strip, large roof spoiler and fake air diffuser/exhausts. The 2020 SsangYong Korando measures 4.450 meters X 1.870 meters X 1.620 meters X 2.675 meters in length, width, height and wheelbase. Its overall boot space measures 551 liters. 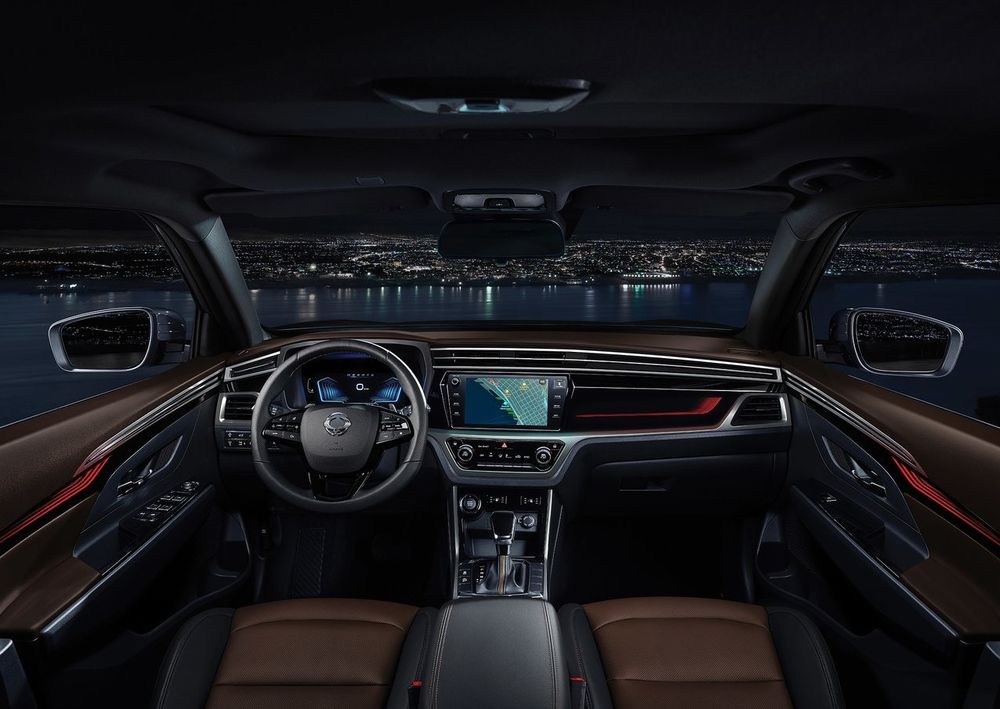 This is yet another area where the Korean brand has taken great strides to improve their build quality, fit-and-finish, material choices and design. The 2020 SsangYong Korando has an interior that befits its next-decade model prefix - it looks modern, upscale and well-built. The all-new Korando even gets the marque’s new ‘Blaze Cockpit’ treatment which means you now get customizable mood lighting options, a 9-inch touch-infotainment screen and a 10.25-inch digital instrument panel for the driver.

The cabin of the 2020 Korando feels far more spacious than before, and seating five occupants shouldn’t be an issue this time around. Depending on the trim level, the Korando can be had with Apple CarPlay & Android Auto, GPS navigation, powered tailgate, automatic headlamps & wipers, electronic handbrake, dual-zone climate control, leather upholstery, all-around parking sensors with rearview camera etc.

Under the hood of the 2020 SsangYong Korando is a new 1.5-liter turbo-four petrol engine that kicks out 160hp and 280Nm of peak torque. It comes mated to a 6-speed Aisin-sourced automatic transmission which, in this case, spins all four wheels. However, this motor prioritizes fuel economy over outright performance as it needs about 10 seconds to hit 100 km/h. Meanwhile, the Korando 1.5T GDI (with AWD) can return a respectable 7.5 L/100 km on a combined cycle. 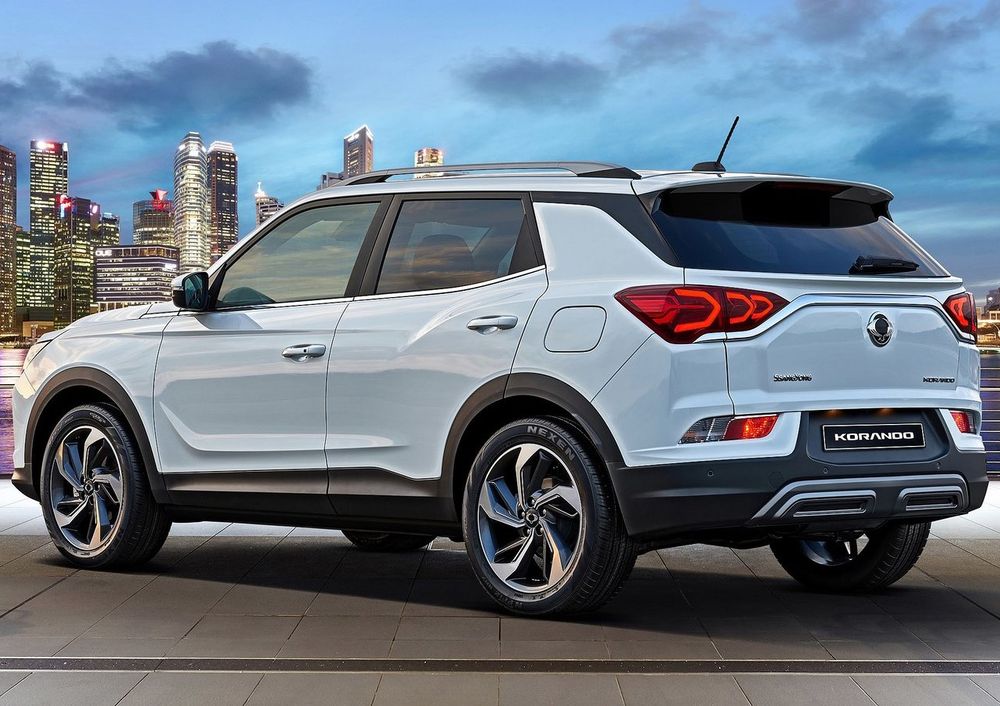 If you were on the fence about purchasing SsangYong’s previous models for their shortcomings, that no longer seems to be of much concern now. The 2020 Korando is a far better product than its predecessor, and comes with many modern features, a well-built cabin, efficient engine and a stylish design.