The F-150 is the star of Ford’s F-Series lineup – a range that began in 1948 and has been in production ever since. Currently in its thirteenth generation, the F-150 has earned its title - America’s Best-Selling Truck – after having found over 33 million homes worldwide since its inception. Fighting it out in the lifestyle pick-up segment, the F-150 finds itself going head-to-head against fellow American rivals, the Chevrolet Silverado and Dodge Ram.

The F-150 made headlines when it previewed its newest form in 2013 at the Detroit Auto Show. The concept of an aluminum body on a work truck bewildered motoring journos and public the world over. Contrary to popular belief, however, the thirteenth generation model turned out to be the strongest and the most durable F-150 to date – something its muscular bodywork connotes very well. 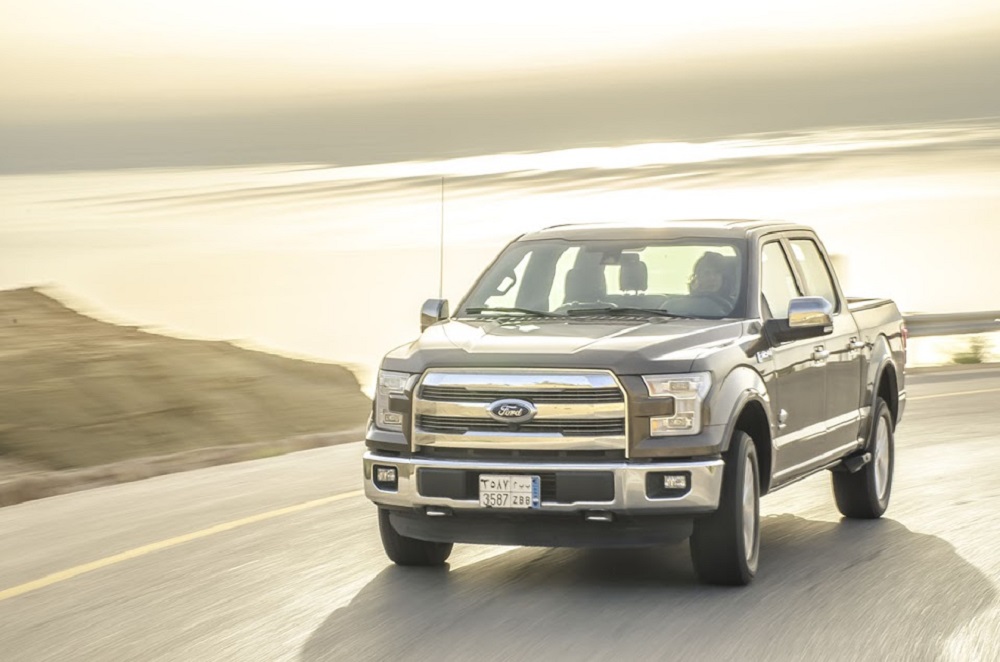 The cabin of the 2016 Ford F-150 emanates Ford’s Built Tough image with large, chunky controls and undeniably favors substance over style. Following the Living Life King Sized mantra to a T, the F-150 is home to oversized door handles, an oversized center arm rest and oversized seats, but manages to blend into the expansive interior wonderfully.

Ford’s EcoBoost engines have been heralded as engineering marvels and that’s no surprise, as they truly are magnificent. With three engine choices on offer, the F-150 is available with a naturally aspirated 3.5 liter V6 that pushes out 292 horsepower, a naturally aspirated V8 that pushes out 385 horsepower, and a EcoBoost 3.5 liter V6 that matches 385 horsepower perfectly. 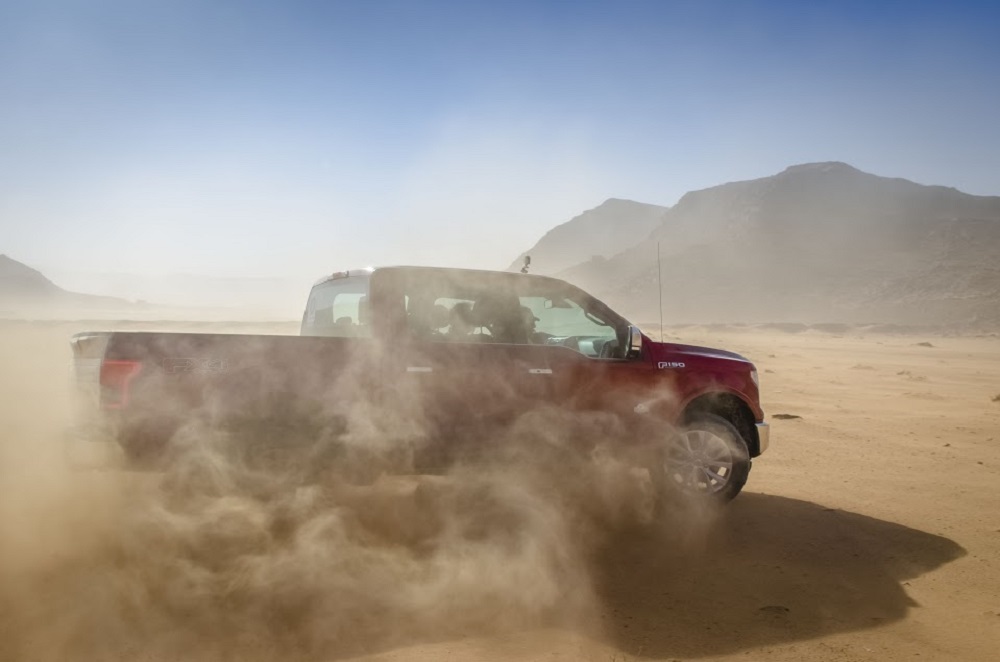 With the aluminum-alloy body shaving 700 pounds off, the F-150 feels nimble, agile, and ready to take on everything in its way. Combined with 420Nm of torque, the EcoBoost also happens to be the torquiest engine in the line-up. Add to that the FX4 off-road package with an electronically locking rear axle, skid plates and off-road tuned shocks, and it’s no surprise why the F-150 is an absolute brute off the beaten path.

The F-150 took the courage and veered away from the tried and tested route by experimenting with turbocharged engines and an aluminum-alloy body in a segment that isn’t particularly innovative. While the news may have initially left millions flabbergasted, the truth is that the F-150 is writing its name in the history books for several decades to come. So while we celebrate the thirteenth generation model today, here’s to another thirteen, Ford!